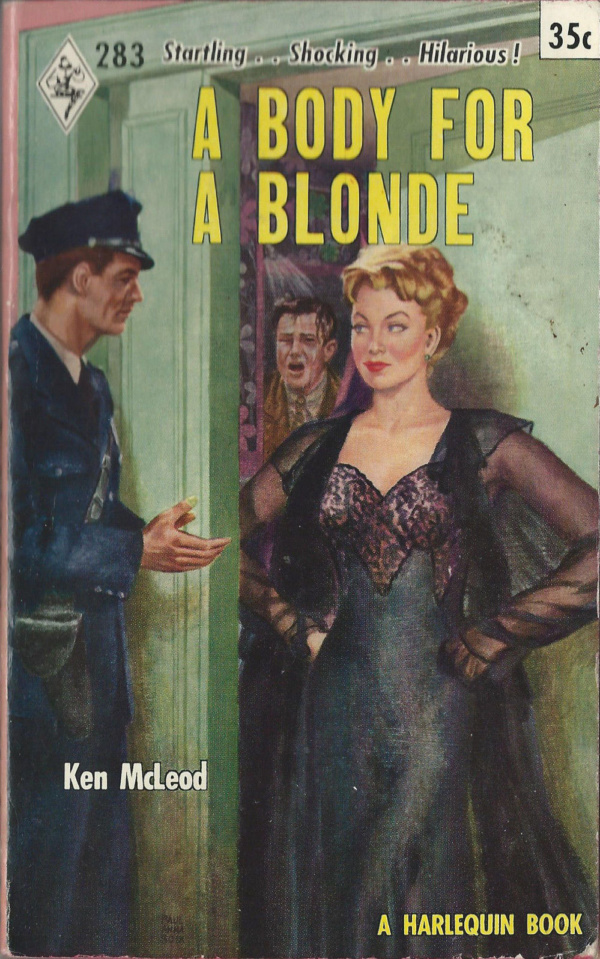 He was at home, minding his own business, when suddenly this trunk appeared in his living room. Curiosity made him open the trunk, and that was when he found the body, all neatly trussed up, very dead. just as he was wondering what to do with the corpse, the police burst in, took an immediate dislike to the whole situation, and naturally did not believe him when he said he had only just met the body. He was promptly thrown in jail, and that was the beginning of a hectic and hilarious adventure.
His lawyer is a luscious lady who wants to marry him. Except for the prospects of wedded bliss with her, he would not have minded dying. She had often said he was cold, but she wouldn’t want him that cold, and his dis-taste for being beaten up, suffocated, shot at, and, from the looks of things, hanged, force him along massacre’s merry way, to the bang-up ending.

One thought on “A Body for a Blonde”