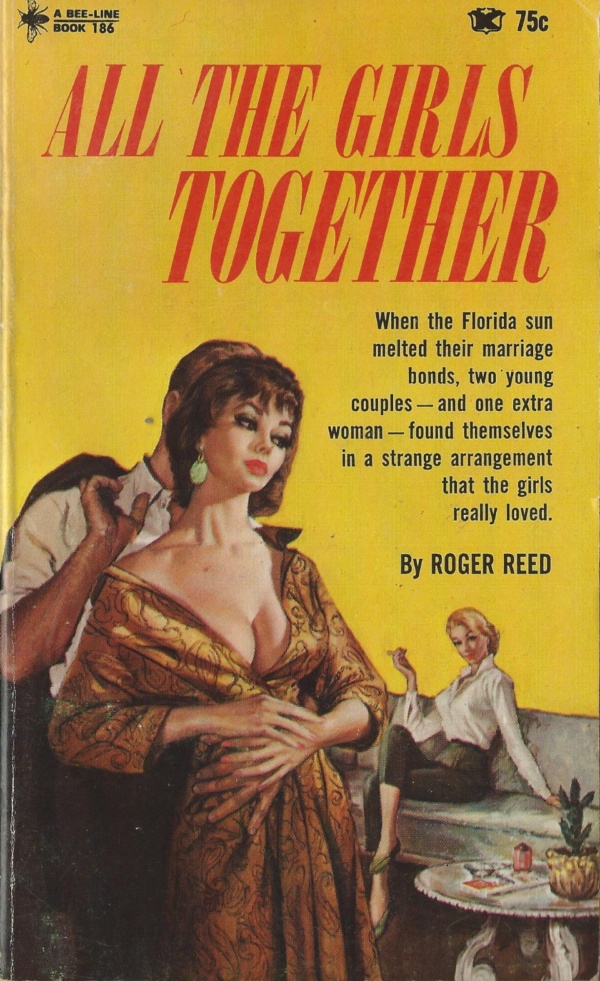 When the Florida sun melted their marriage bonds, two young couples — and one extra woman — found themselves in a strange arrangement that the girls really loved.

Musical Beds
It began when Isabel was still a young girl, an entrancing, high-spirited blonde. Tired of her platonic relationship with Peter Doctor, she allowed Irv Jordan, the office wolf, to become her first lover.
Then Irv tired of Isabel, and sought the charms of the even-more-voluptuous Tina. On the rebound, Isabel fled back to Peter and married him; then Irv and Tina were wed. The four remained close, if uneasy, friends — and the stage was set for the inevitable holocaust of passion.
Isabel triggered it by giving her old lover, Irv, a blatant come-on, one night when they were all together. Tina walked out on her marriage… closely followed by Peter, who craved her unabashed sensuality.
They started a life together as tournament bridge players. What Peter didn’t know was that Tina’s sensuality was as attractive to other women as it was to men… but he learned all about that when the forceful Irene entered the scene — and made her sinister demands.

Cover art reused from Only In Secret