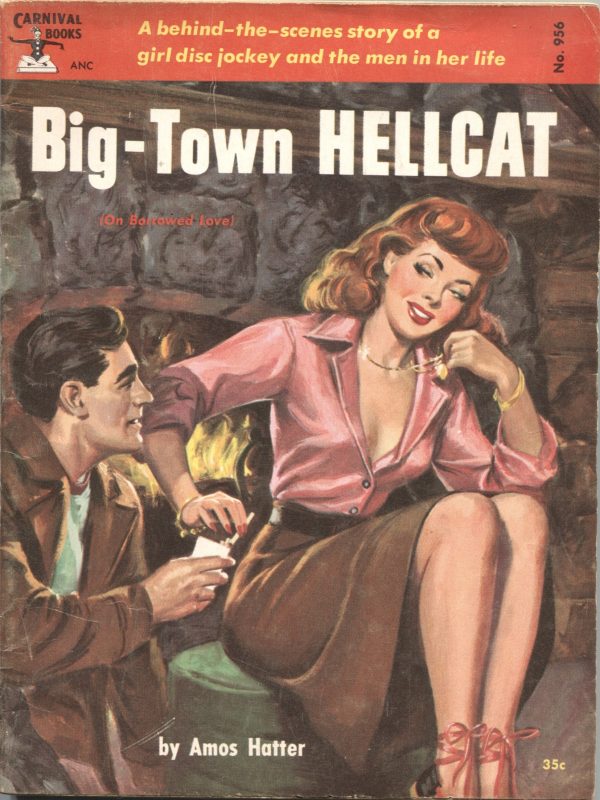 THE NEW GIRL DISC JOCKEY
was setting the control booth on its ear. It was not so much what she said on the air—or the fact that her voice did scandalous things to her male listeners—it was what she did in her spare time that had the whole town talking.
MEN WERE HER TROUBLE
The first man was her boss— but he was engaged to marry another girl when she walked into his life.
The second man was the most powerful sponsor the radio station ever had… He helped her career—but not her reputation.
This is a powerful story of an ambitious and alluring girl who used men to get ahead.

One thought on “Big-Town Hellcat (Original Title: On Borrowed Love)”