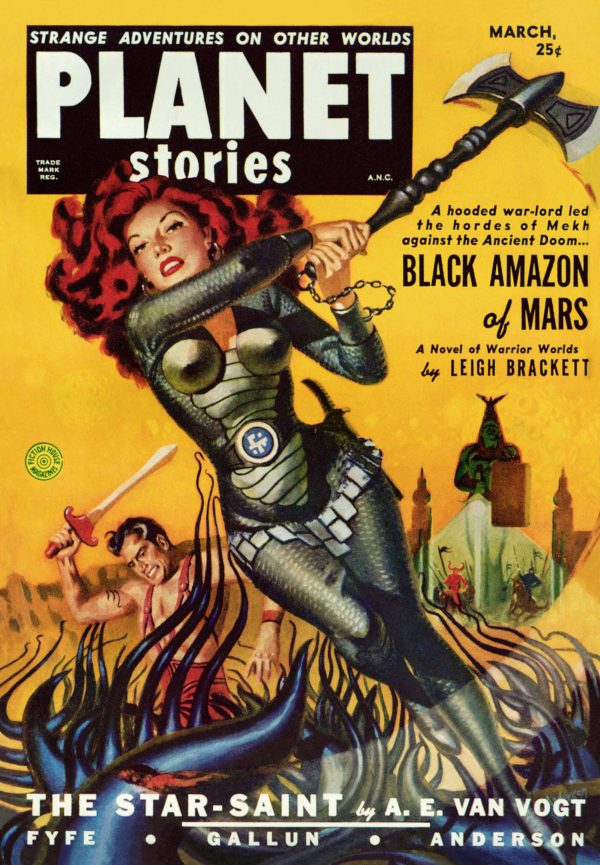 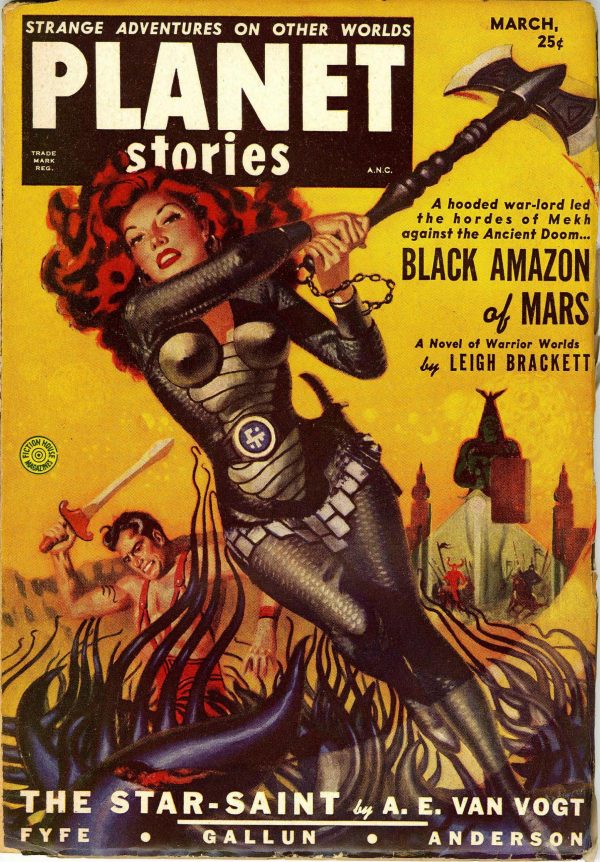 Grimly Eric John Stark slogged toward that ancient Martian city — with every step he cursed the talisman of Ban Cruach that flamed in his blood-stained belt. Behind him screamed the hordes of Ciaran, hungering for that magic jewel — ahead lay the dread abode of the Ice Creatures — at his side stalked the whispering spectre of Ban Cruach, urging him on to a battle Stark knew he must lose!