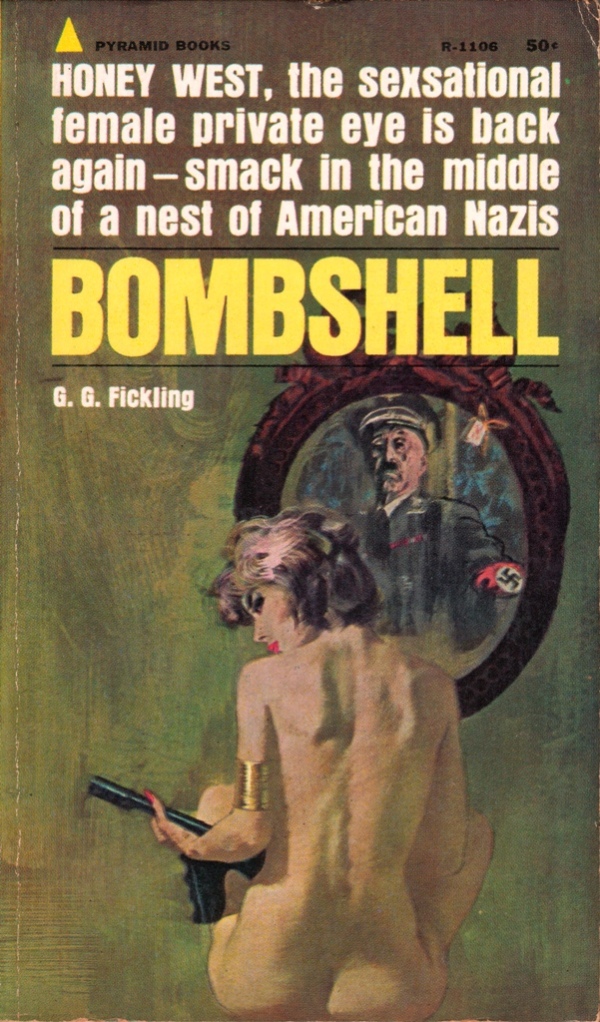 Honey West, the sexsational female private eye is back again — smack in the middle of a nest of American Nazis

She Can’t Say No to a dangerous job as long as it promises kicks. But Honey West, the best-stacked private eye alive, gets more than she bargains for on her new case, when

– she’s shot at by “Nazi” stormtroopers – in America!
– she’s shanghaied aboard a stolen atomic sub
– she discovers a plot to start World War III
– and she’s chosen for the harem of the greatest war criminal in history!