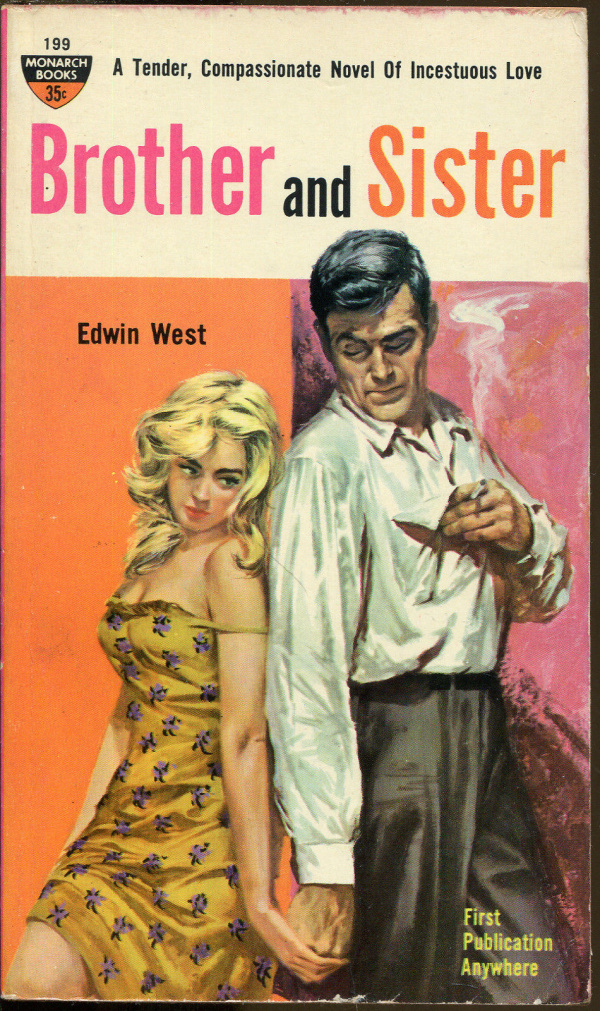 It all began innocently enough—two people, brother and sister, drawn together by the tragic death of their parents. It was Paul and Angie against the cruel, unfeeling world—against the army which he blamed for his marriage to a prostitute. Somehow, when he kissed Angie—just for comfort— he was erasing the image of faithless Ingrid, of the uncertainty of the future. It was that kiss—innocent but exciting—which touched off the wellsprings of passion within them until they were like people possessed — heedless of taboos or consequences…. The horrible guilt came later, after the damage was done, after it was two late to turn back.

2 thoughts on “Brother and Sister”