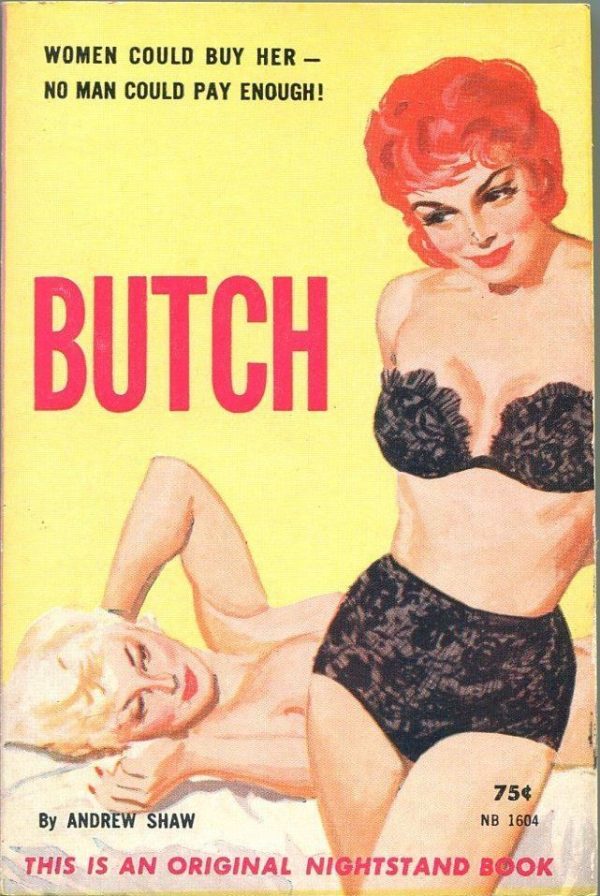 Women Could Buy Her — No Man Could Pay Enough

Twisted Passions…
were boiling inside young Anne Mason the first — and last — time she let a man touch her lovely body. She wanted love — needed it — and yet the thought of men sickened her. It was then that a clever Ruth Hardy stepped into her life. Ruth who taught her what one woman could mean to another, what it was like to step over the line of normality into the shadow world of twisted desire. But that was only the beginning. Anne went from boudoir to boudoir until she met Lana. Lana the madame, Lana the purveyor of female love, Lana who set her up in business as a professional lesbian, to sell herself to strange but wealthy women clients. It was the beginning and the end. For the orgy that had become her life had thrown her into a —

One thought on “Butch”