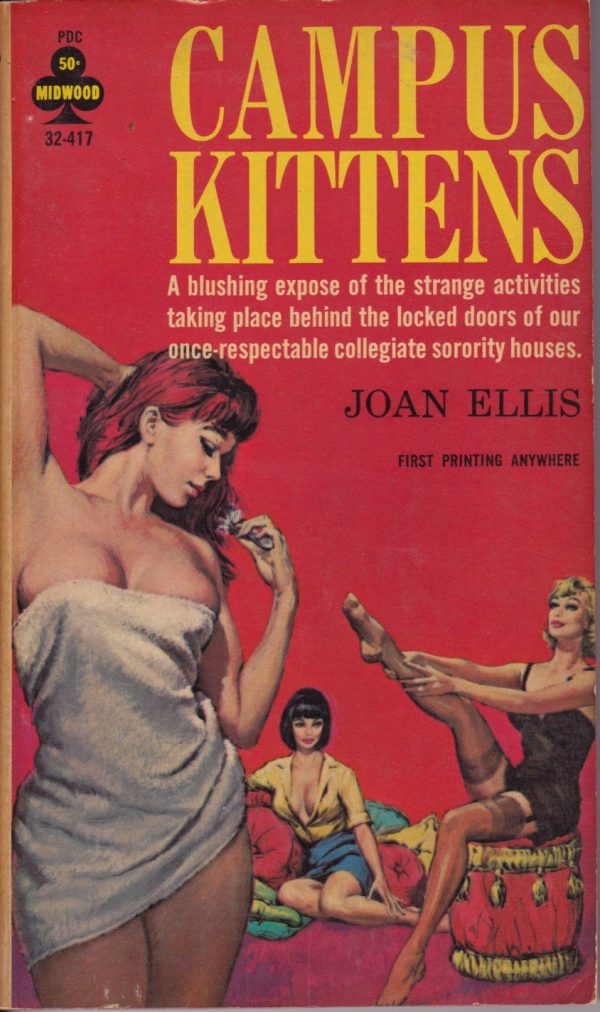 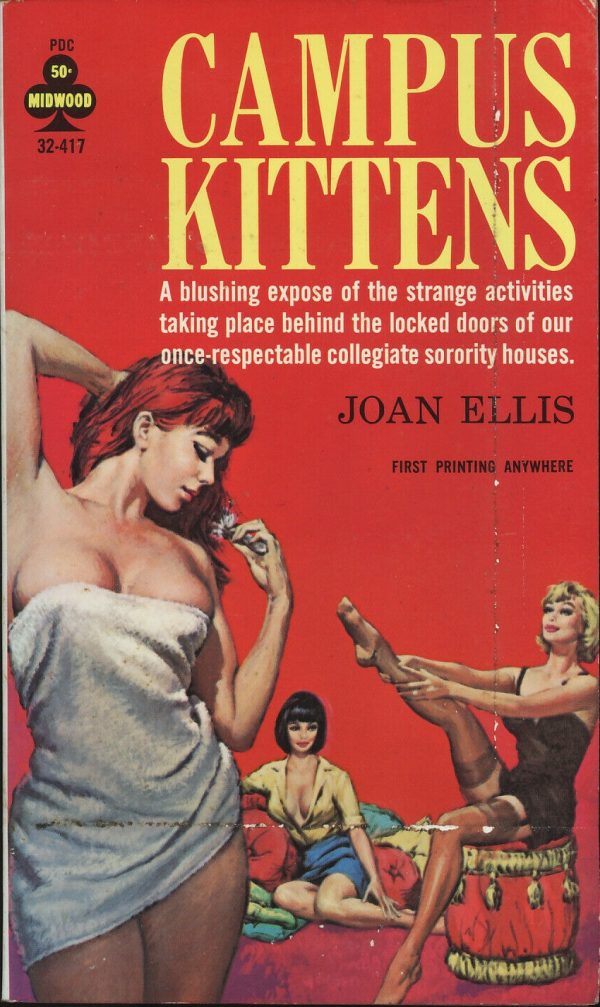 A blushing expose of the strange activities taking place behind the locked doors of our once-respectable collegiate sorority houses.

Three Of A Kind

Nadine: her parents’ divorce set her off on a spiteful sexual spree that ended with her being caught in a motel with a married man at the worst possible moment.

Andrea: receiving her elementary education at the hands of her roommate, she decided to take an advanced course under the personal tutoring of her female professor.

Myra: she was willing to do anything necessary to trap her rich young boyfriend into marriage, even allowing him to share her with his college chums.

Each came to college for knowledge… and the first thing they learned was that there were certain advantages in sharing a room with two other restless and reckless young girls.