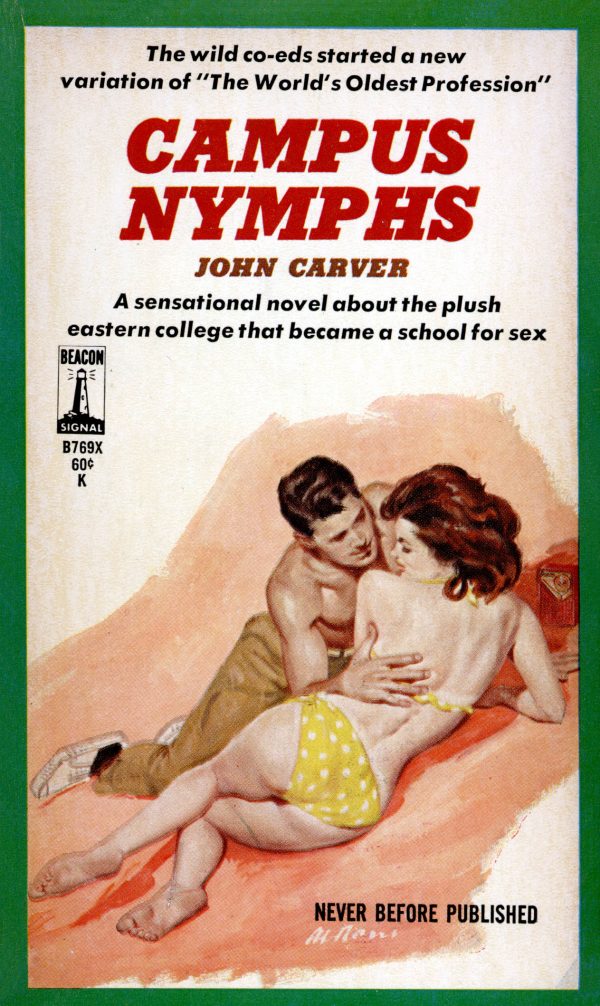 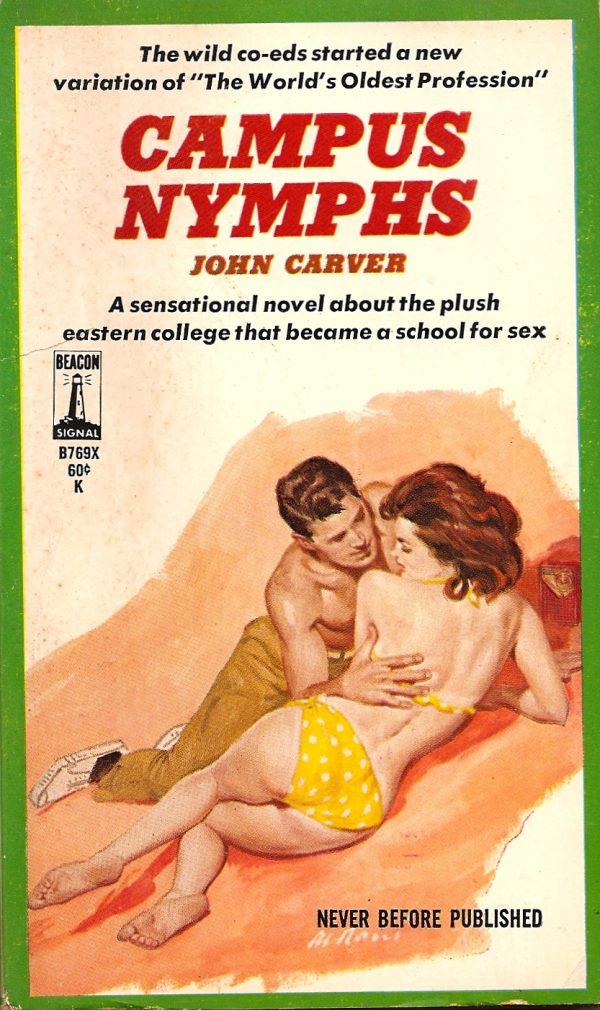 “Virgins Need Not Apply”
That was the first lesson that sultry, over-sexed Lila McKee learned from Professor Reese Butler, when he used her to spice his marital love-life. She passed the lesson along to several of her classmates, including boy-shy Susan Wright and football hero Big John Kalowsky.
These fraternity frolics explode into the full-fledged scandal of Polly Nichols, the teen-aged “semi-pro.” Suddenly, faculty, students and wives are shocked into seeing the ivy-league orgy that has captured everyone.
Extra money for students…neglect for professors…fast cars and pleasure-mad youngsters. Is today’s trend turning our colleges into high-class brothels? No newspaper exposé or television documentary could dare bring you the sizzling story of… CAMPUS NYMPHS