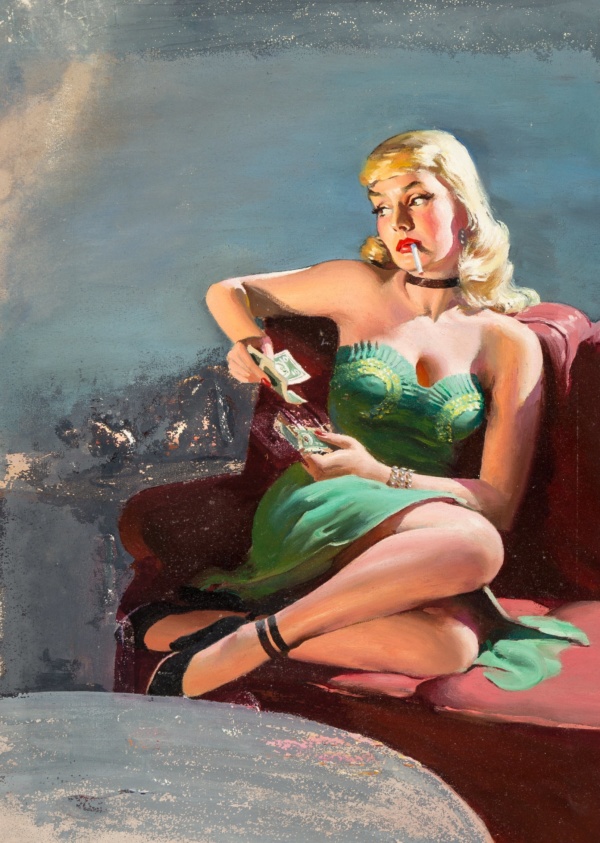 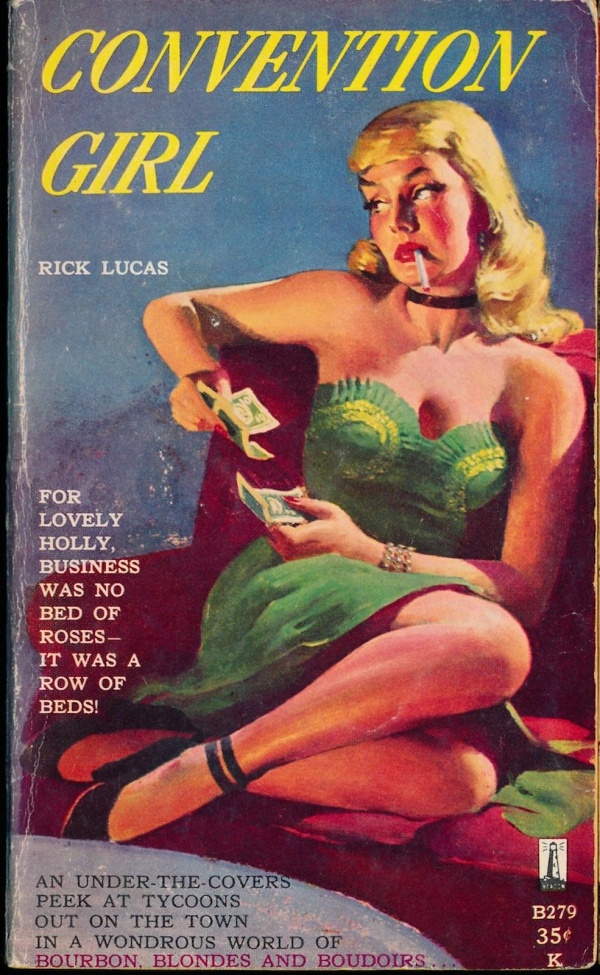 For Lovely Holly, Business Was No Bed Of Roses — It Was A Row Of Beds! An Under-The-Covers Peek At Tycoons Out On The Town In A Wondrous World Of Bourbon, Blondes And Boudoirs

Hollis Carroll was no common call girl like most women who thronged these giddy pow-wows. Prettier than any of them, she had pyramided body and brains into a nifty enterprise of her own. Why, the assembled tycoons were practically ready to elect her president! But she ran into a rival — Reggie, wily and wanton, whose sex appeal was subtle as a blast furnace, and whose lusts were exceeded only by her ambitions. She even sank to sharing her embraces with Hollis’ aid, the love-starved Nora. In the awful ecstasy of forbidden desire, Nora told all — told, for instance, of Hollis being carried through the hotel halls, nude and panting, by delegate Jim Barton. The knowledge was a loaded gun. When Reggie chose to pull the trigger, would it blast Hollis, and her market, to bits?
A Novel That Tells The Truth About So-called Business Conventions — Where Liquor Flows Like Water, And Girls Are Items Of Merchandise!