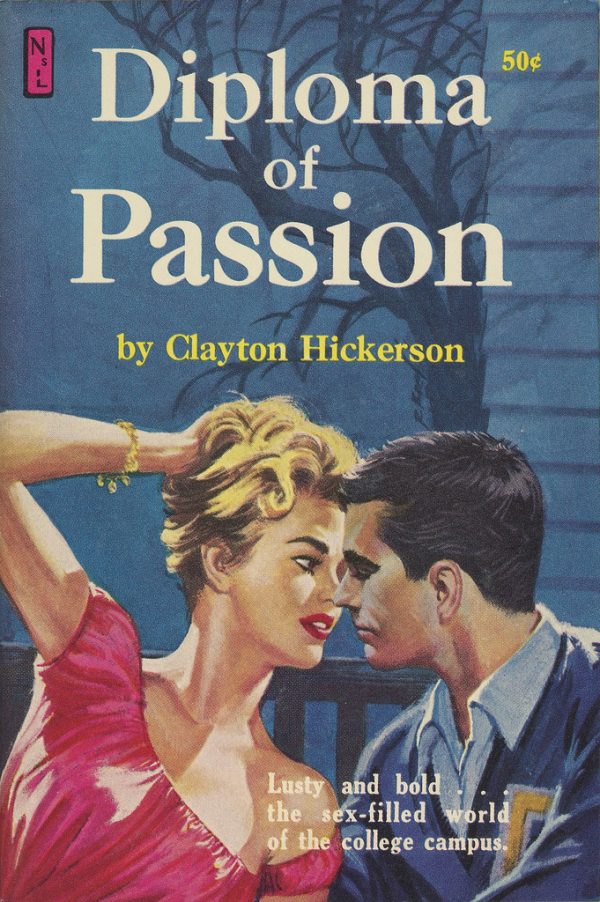 Nancy was breathing heavily, her mouth open. She leaned forward against Grace. The tall brunette pulled the blonde to her and ran her hands down Nancy’s back until she came to panties — then with a swift, tearing motion she stripped them from her body and the two girls stood naked, both breathing hard. Their eyes filled with wonder…

One thought on “Diploma of Passion”