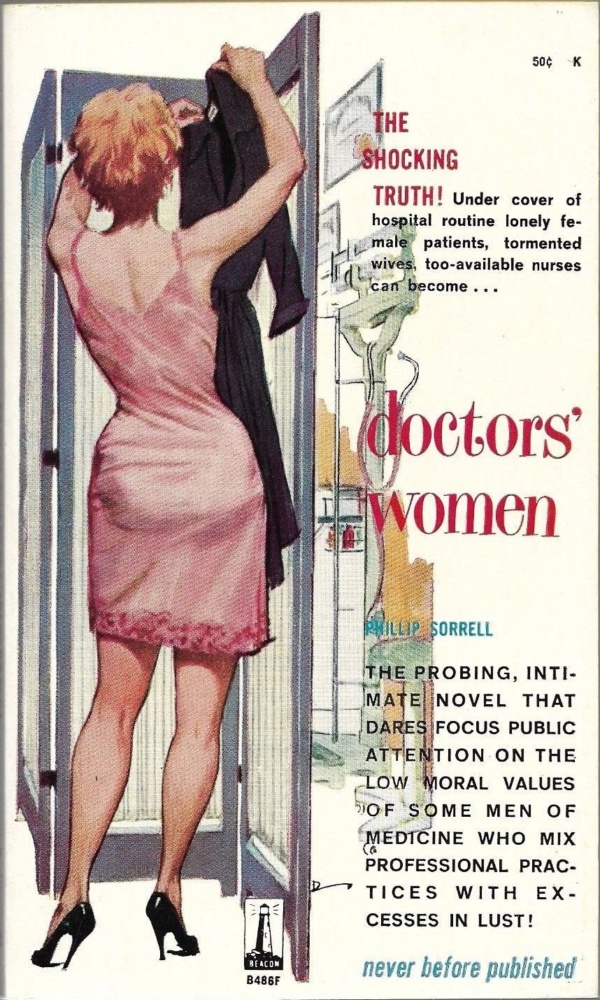 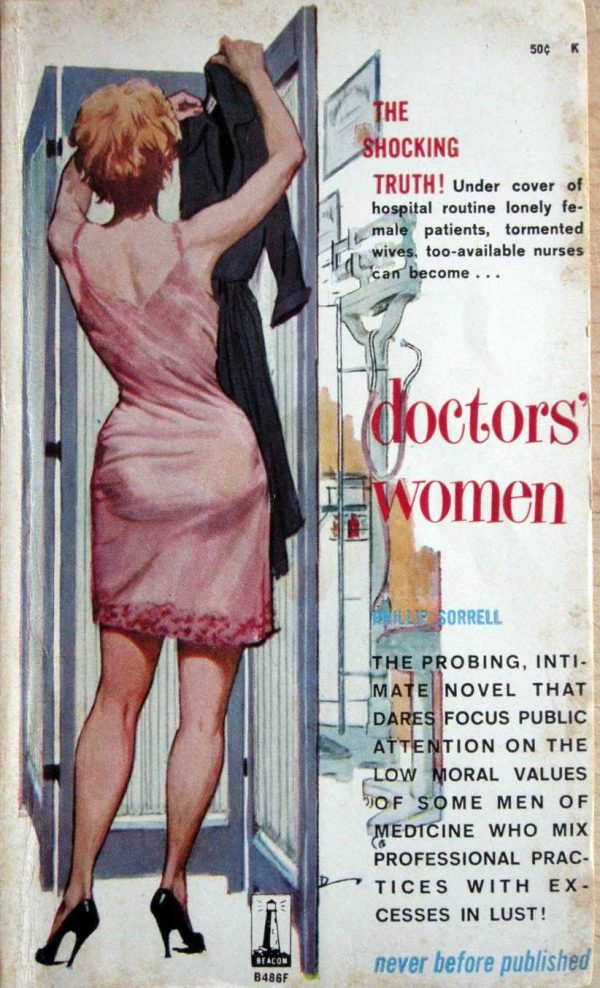 The Probing, Intimate Novel That Dares Focus Public Attention On The Low Moral Values Of Some Men Of Medicine Who Mix Professional Practices With Excesses In Lust!

Three were doctors working in the hospital. Four were women—a beautiful Broadway star, a restless wife, a dying patient and a nurse whose voluptuous figure no uniform could conceal.
When his hours of stolen caresses with Toinetta—exotic, neglected wife of another doctor—lost their appeal, handsome Dr. Mark Cromwell found unexpected delight in the off-duty, and physical, charms of a beautiful nurse. And this affair was not the hospital’s only unprofessional relationship once Toinetta’s husband admitted the over-sexed, neurotic actress, Chi-Chi Lawrence, to a private room.
But it was a sudden call to surgery—and the raw tension of an emergency operation—that really began to bare the hospital’s shocking secrets of human weakness and lust secrets never observed by visitors who do not suspect what may go on after corridor lights are dimmed and not only the ill may be discov-ered in the hospital beds.
A GRIPPING STORY OF DARK DESIRES OF WHICH MANY ARE GUILTY—BUT FOR WHICH FEW ARE PUNISHED!

One thought on “Doctor’s Women”