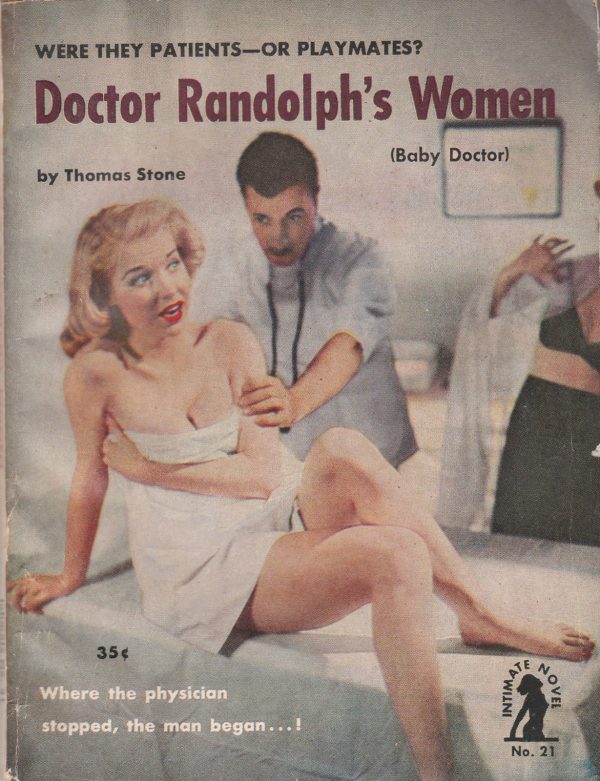 Where They Patients — Or Playmates?
Where the physician stopped, the man began…!

She was a broad-minded wife…
A physician’s wife has to overlook certain things. But Dr. Clinton Randolph took Marcia too seriously when she said he could go out with his lady patients. He actually tried it, and on the night of their third anniversary. It turned out to be a big evening for them both. Clint found himself a victim of the old army game. Marcia wound up with the Navy–in her bathtub! And when Clint returned from his escapade, he found Marcia sobering up a perfect stranger, with kisses. Which caused Clint to turn around and walk right out again. Just at this juncture, who should appear but Marcia’s old lover, Parker Browne. He hadn’t changed a bit …
Here is a cutting analysis of modern liberalism in marriage, a deft and exciting novel of fair play which gets out of hand. It’s moral? Never mistake tolerance for indifference?