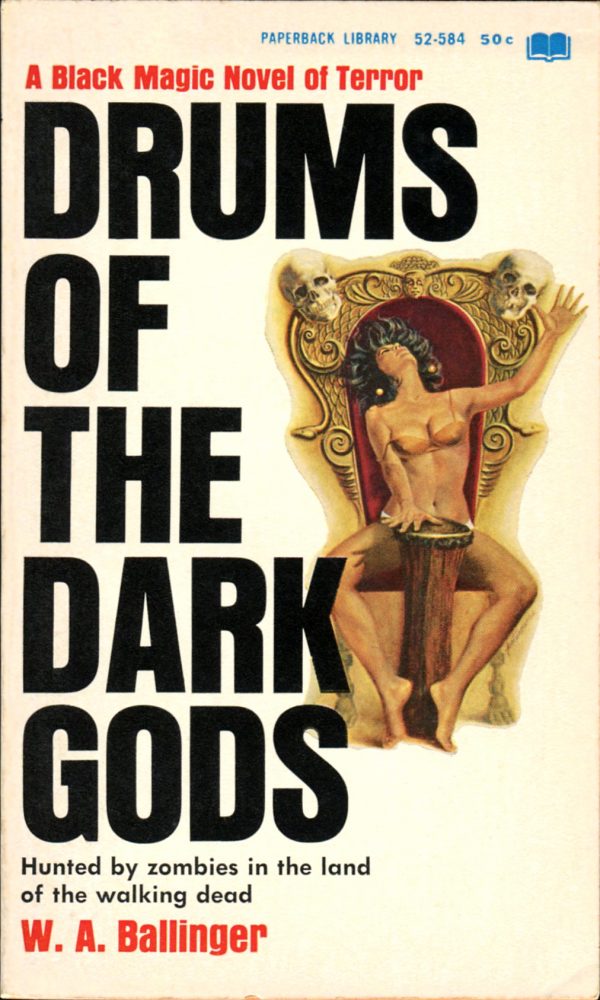 Hunted by zombies in the land of the walking dead

A man and a woman – trapped in the Voodoo torture cellars of Hati!
Richard Quintain and Julia Wellsley, sworn enemies of Black Magic, make a desperate effort to stop a Voodoo plot to rule the world.
Risking their lives, they infiltrate the secret cells of depraved Satanists of Voodoo-ridden Haiti. But their purpose is exposed. Trapped in the blood-drenched torture chambers of Gorga, Master Adept of the Left Hand Path, they battle a supernatural horror that could turn mankind into a race of murdering monsters.

One thought on “Drums Of The Dark Gods”