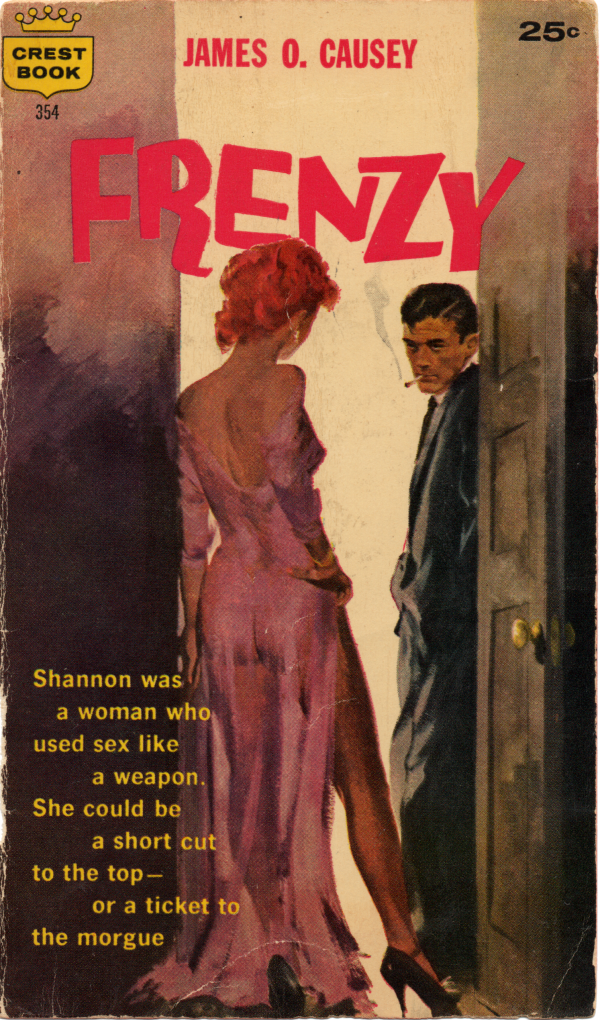 Shannon was a woman who used sex like a weapon. She could be a short cut to the top — or a ticket to the morgue

THE BIG SQUEEZE
Shannon. She was a slut with a body like flame — hell’s own angel. For her I had traded my last hope of heaven — an honest buck. She was everything a man wanted — and shouldn’t have. Maybe that’s why I wanted her.
But Shannon was Murdoch’s girl and Murdoch owned the town. I’d have to get the town away from Murdoch first. Because that’s the kind Shannon was—strictly a top-man operator. The odds were against me. But I was halfway to the top now. And there was no turning back. Shannon was waiting for me up there. So was Murdoch.

One thought on “Frenzy”