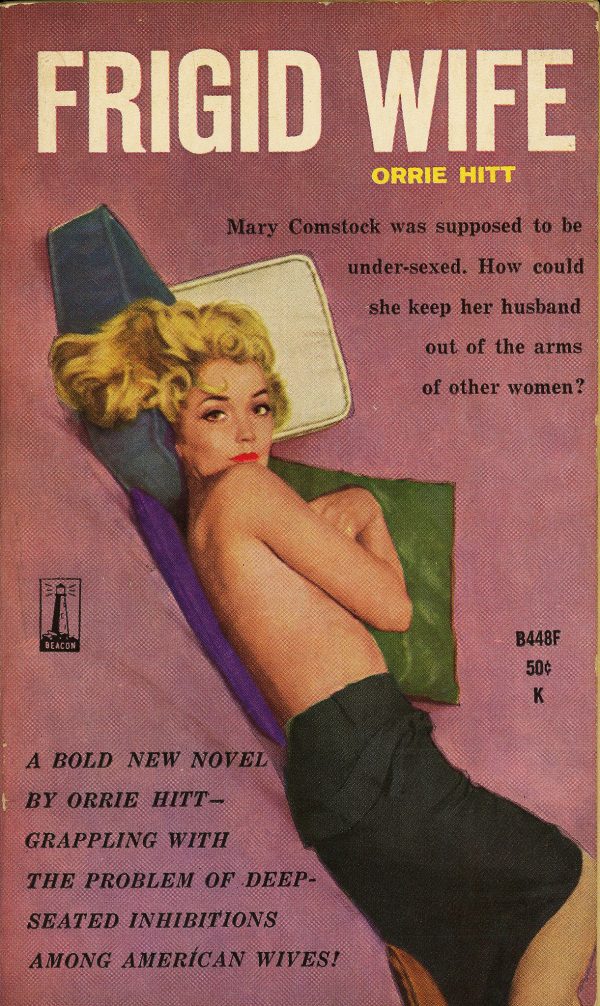 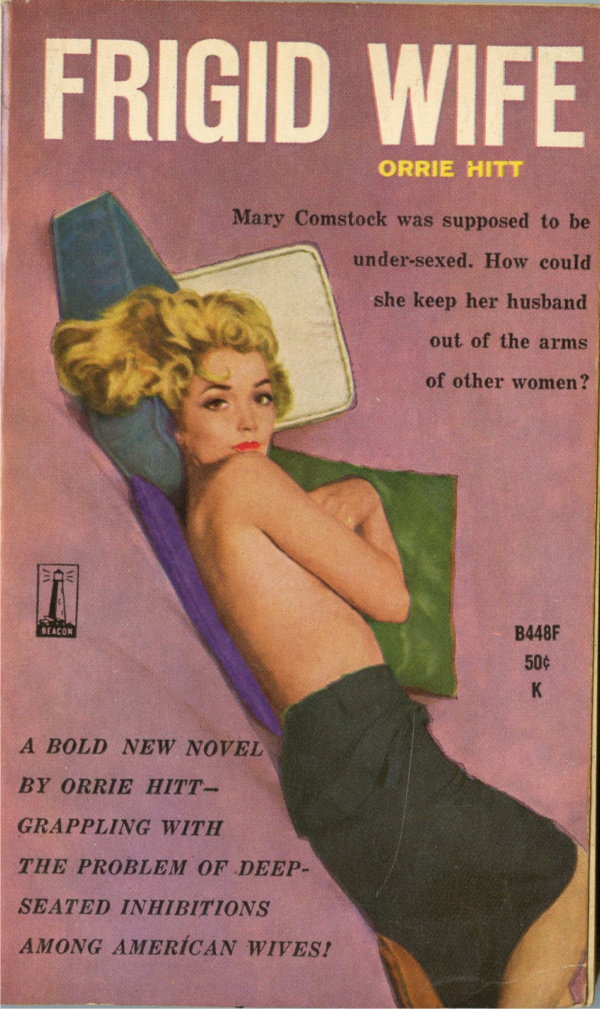 Mary Comstock was supposed to be under-sexed. How could she keep her husband out of the arms of other women?
Grappling With The Problems Of Deep-Seated Inhibitions Among American Wives!

Mary’s inner wildness had been suppressed TOO LONG!

She was a black-haired bundle of voluptuous dynamite, but the promised explosions never materialized. Because Rip Comstock was her husband, time and again she tried to submit to his desires. And always the responses were stillborn. Mary could produce no ecstasy for herself-and worse, none for him.
Ann Stone, a sexual vulture, meanwhile waited for Rip. There was young Doris, too, married now to Rip’s father yet itching for Rip’s embraces. The real challenge, however, came from shapely Paula Kessler, whose golden flesh held tantalizing treasures she had no intention of saving for a rainy day…
Deliberately Paula teased Rip into frenzy after frenzy. Deliberately she gave him the wild and pulsing delights Mary promised but never delivered. Mary knew she would have to awaken her passions, kept under wraps so long they had fallen asleep. Else she would lose her husband to hot·blooded hussies like Ann, like Doris, like the teasing, titillating Paula!

Here Is An Uncommon Approach To A Common Problem. If A Wife Is Remiss In Her Marital Duties, Has She A Right To Expect Fidelity?