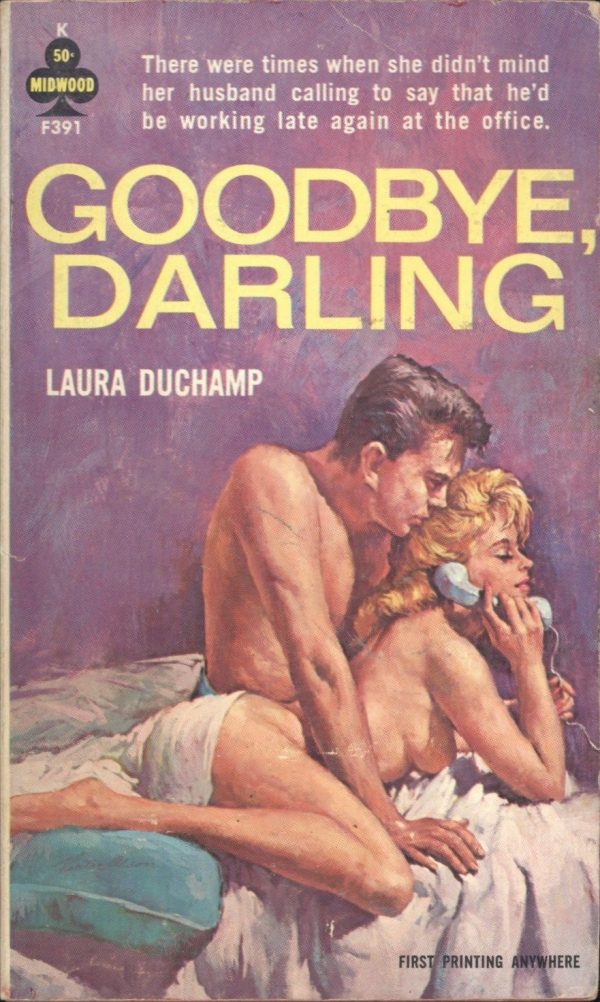 There were times when she didn’t mind her husband calling to say that he’d be working late again at the office.

He was young and handsome and passionately virile. She was bored and restless and hopelessly vulnerable. He treated her the way no man had ever treated her… and made her love every shameless minute of it. He taught her_to do things that she would never dare to do even with her husband… and made her live for the time when she could do them again.
He was an irresistible drug and she became an incurable addict. It was wild and ugly and dark and consuming… the kind of love that couldn’t be analyzed but only experienced. She tried desperately to break the habit before it was too late… but she didn’t try hard enough.
AN INCREDIBLY INCISIVE NOVEL OF MODERN ADULTERY

One thought on “Goodbye, Darling”