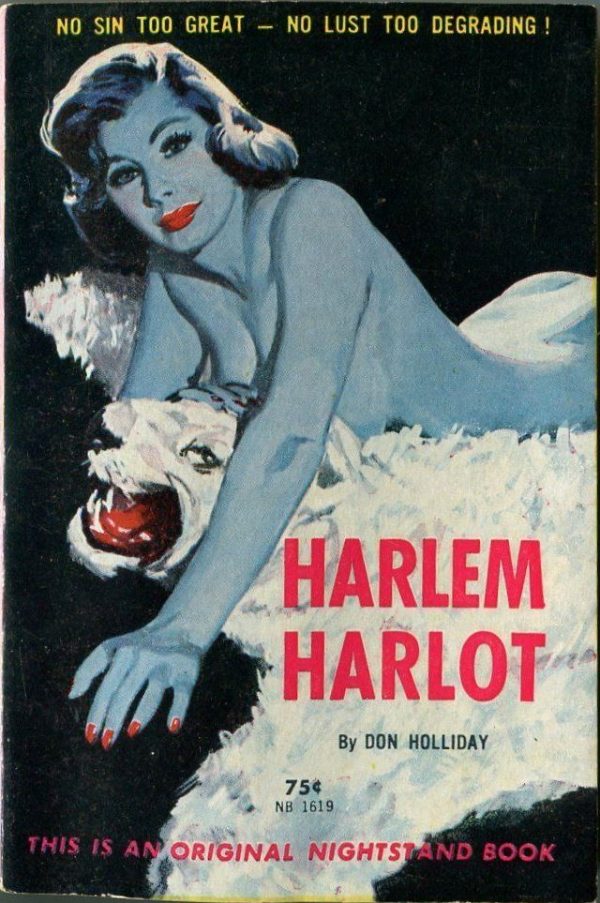 No Sin Too Great — No Lust Too Degrading

was what Sara became the day her mother died in a Harlem slum. Sara, who learned loo quickly that Harlem sin was a fast slide to moral rot with no stops in-between. No passion was too evil, no lust too depraved for the right price. Right through the sin-catalogue, from front to back — with a few pages she wrote herself. That was Sara Jackson’s life in the neon-blasted hellhole of Harlem’s streets and dark-choked alleys where her wanton passions blazed a lust frail, where men — and women — of all colors could buy her and sample her — …Pagan Sins!