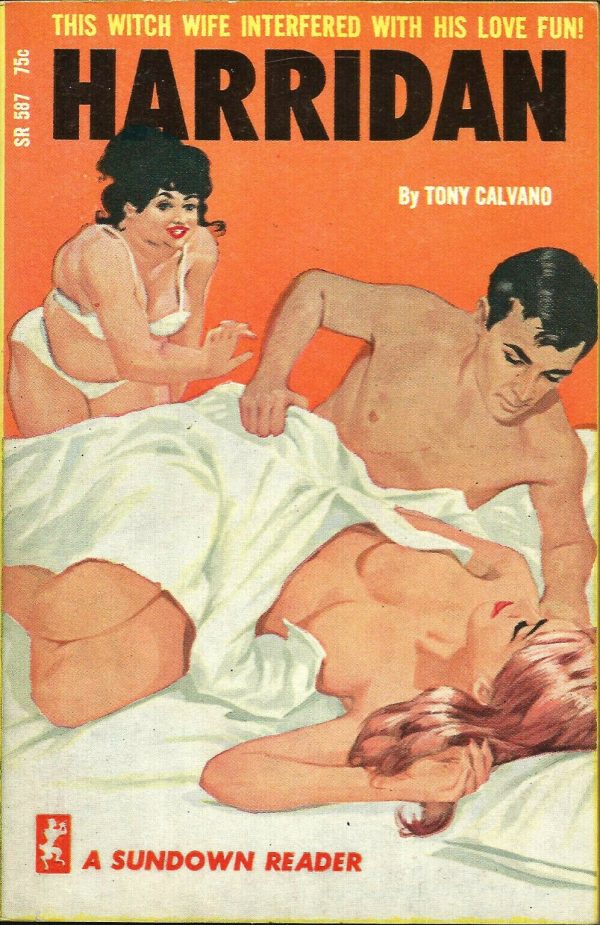 This Witch Wife Interfered With His Love Fun!

SIN SHREW…
… Whit had built a cell of sin around himself. He could only hurt his lover, and his wife despised him. He was a victim of blackmail, and the payment was lust. He had to endure each enforced perversion while he wallowed in Fay’s flabby embrace. But this was just the beginning; Fay was also interested in Holly for her
…PERVERSION PARTY!