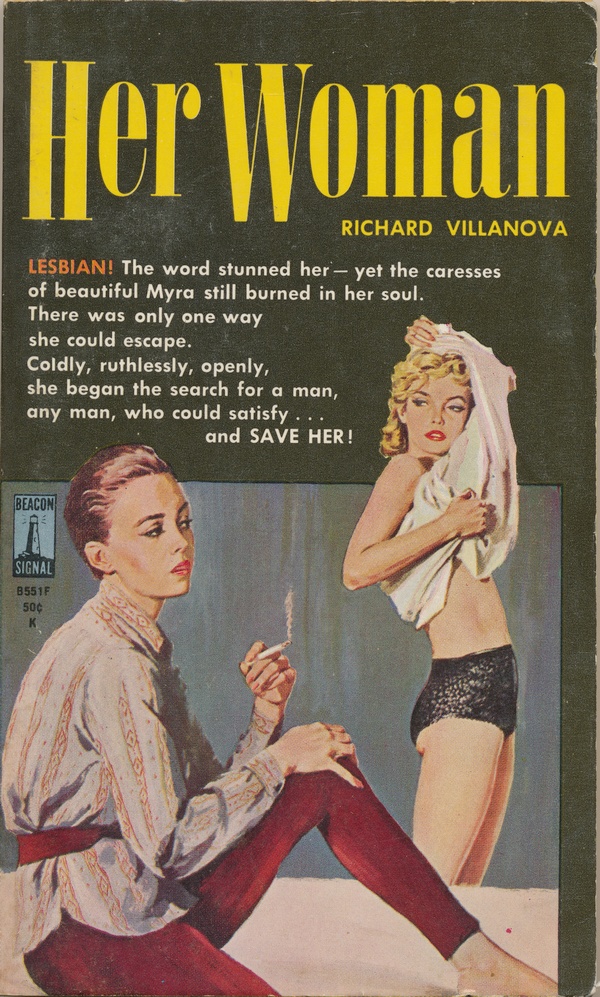 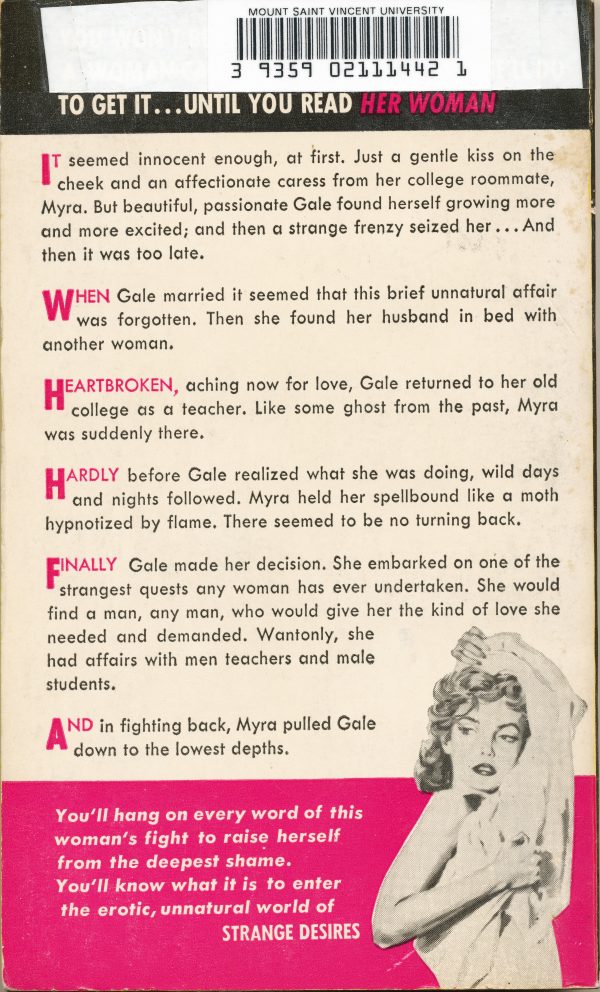 Lesbian! The word stunned her — yet the caresses of beautiful Myra still burned in her soul. There was only one way she could escape. Coldly, ruthlessly, openly, she began the search for a man, any man, who could satisfy… and Save Her!

It seemed innocent enough, at first. Just a gentle kiss on the cheek and an affectionate caress from her college roommate, Myra. But beautiful, passionate Gale found herself growing more and more excited; and then a strange frenzy seized her… And then it was too late.
When Gale married it seemed that this brief unnatural affair was forgotten. Then she found her husband in bed with another woman.
Heartbroken, aching now for love, Gale returned to her old college as a teacher. Like some ghost from the past, Myra was suddenly there.
Hardly before Gale realized what she was doing, wild days and nights followed. Myra held her spellbound like a moth hypnotized by flame. There seemed to be no turning back. Finally Gale made her decision. She embarked on one of the strangest quests any woman has ever undertaken. She would find a man, any man, who would give her the kind of love she needed and demanded. Wantonly, she had affairs with men teachers and male students.
And in fighting back, Myra pulled Gale down to the lowest depths.