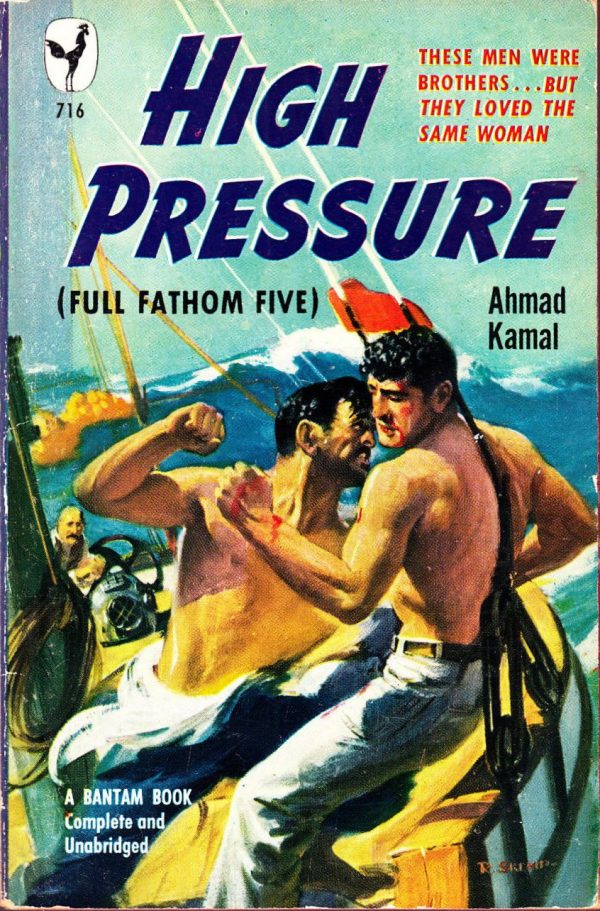 These Men Were Brothers… But They Loved The Same Woman

Paul was a hophead! That was it, nothing else. You don’t go around teaching people not to take dope — you’ve got to beat it out of them. And so I beat him. I beat him and I beat him until my hand was blood red. I beat him for taking the dope, for having Evee when I wanted her. I beat him for Jonesy who died in the ocean. I beat him until his eyes were swollen shut and his mouth was thick and out of shape. I beat him until J was sick and then I felt a stab through my guts like a thick bar — like I’d been harpooned.

Two brothers fight like brutes in the smashing climax of this real story of life on the ocean floor where the pressure twists men into raging animals.