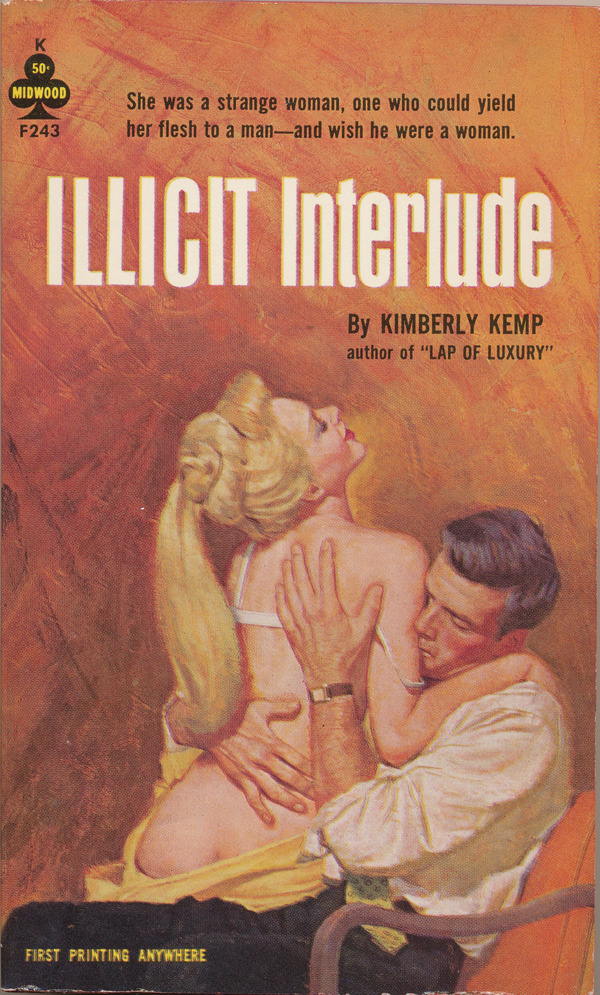 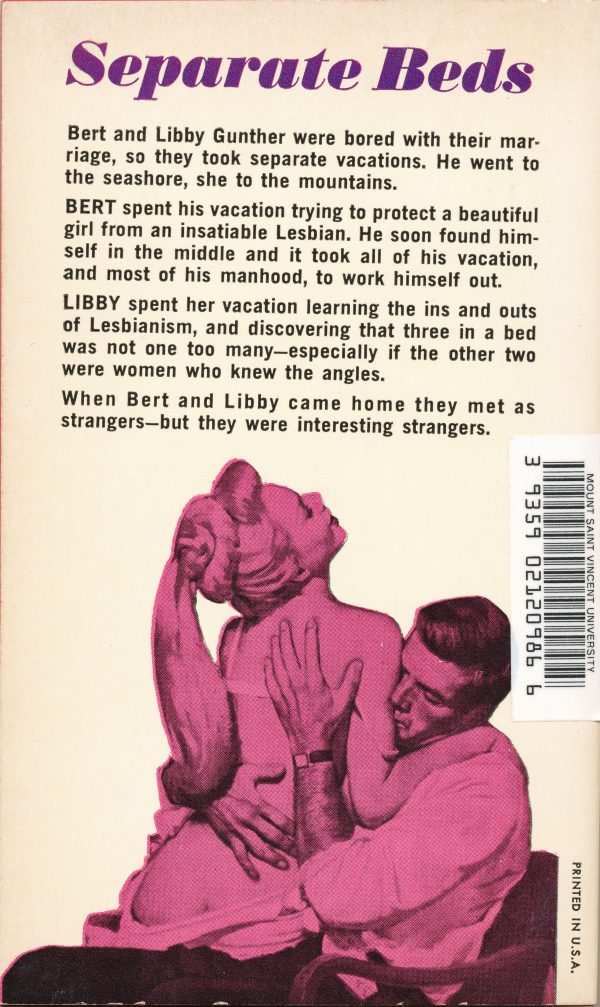 She was a strange woman, one who could yield her flesh to a man — and wish he were a woman.

Bert and Libby Gunther were bored with their marriage, so they took separate vacations. He went to the seashore, she to the mountains.

Bert spent his vacation trying to protect a beautiful girl from an insatiable Lesbian. He soon found himself in the middle and it took all of his vacation, and most of his manhood, to work himself out.

Libby spent her vacation learning the ins and outs of Lesbianism, and discovering that three in a bed was not one too many — especially if the other two were women who knew the angles.

When Bert and Libby came home they met as strangers — but they were interesting strangers.

One thought on “Illicit Interlude”