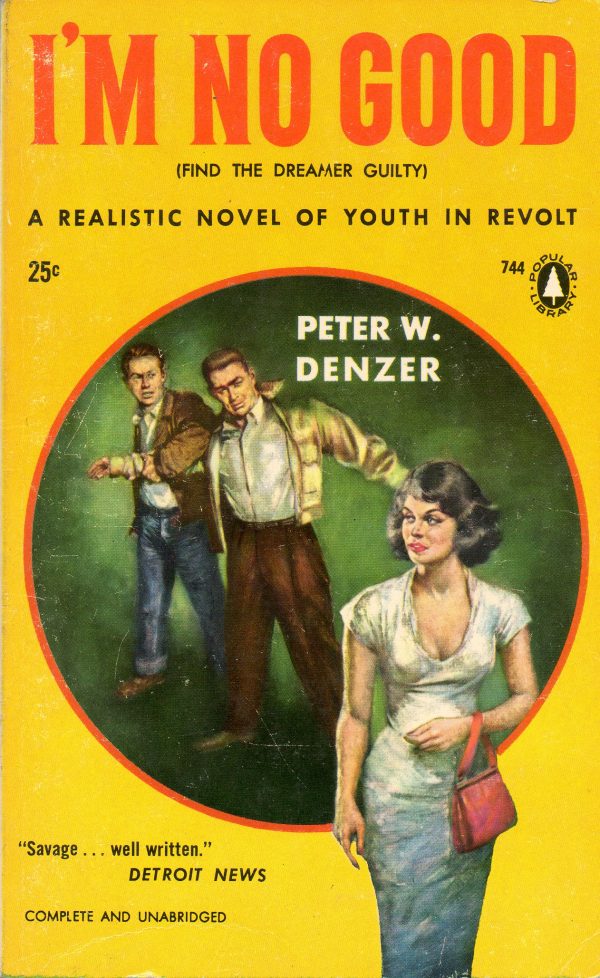 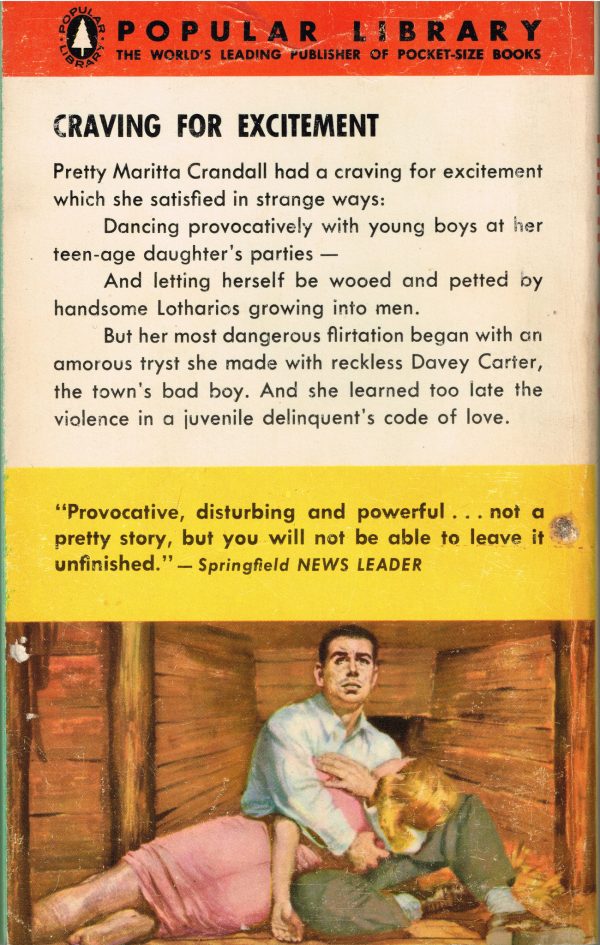 A Realistic Novel Of Youth In Revolt

CRAVING FOR EXCITEMENT
Pretty Maritta Crandall had a craving for excitement which she satisfied in strange ways: Dancing provocatively with young boys at her teen-age daughter’s parties – And letting herself be wooed and petted by handsome Lotharios growing into men. But her most dangerous flirtation began with an amorous tryst she made with reckless Davey Carter, the town’s bad boy. And she learned too late the violence in a juvenile delinquent’s code of love.
via via

One thought on “I’m No Good (Original Title: Find The Dreamer Guilty)”