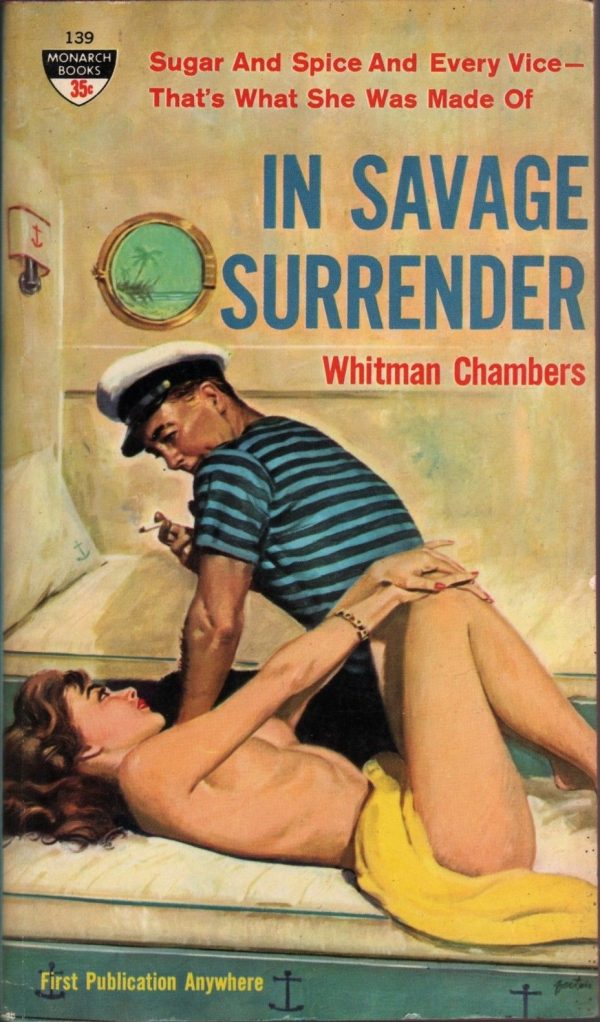 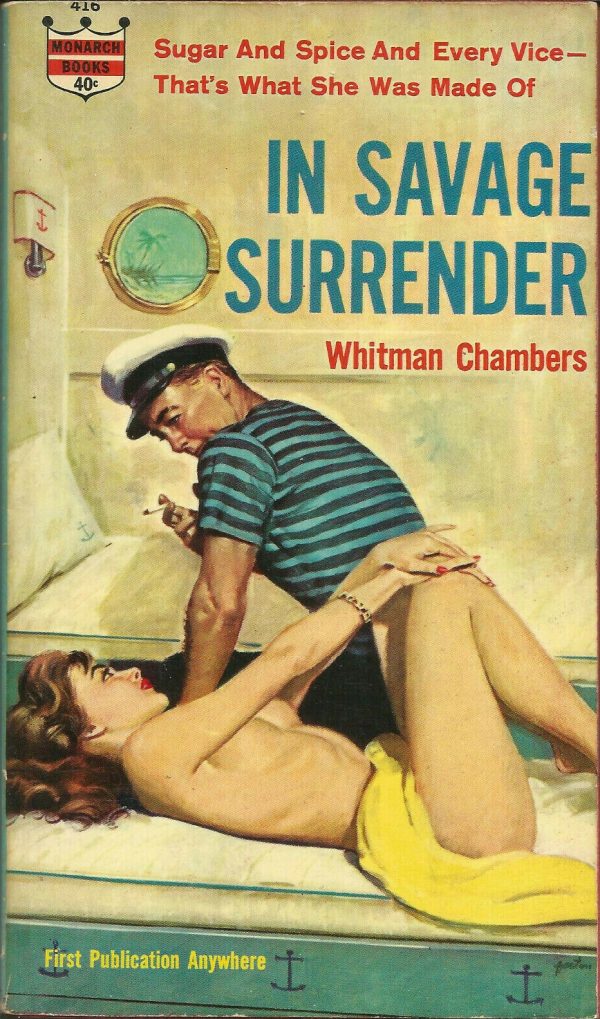 The all offered themselves to John Bellamy: hot-blooded Marguerita who only looked virginal but was really a nympho… and wanton Nancy who lived with John’s friend, Alex, but loved any man available at the moment.
But John was involved in a struggle to retain his yacht Wanderlure and took Marguerita and Nancy as he found them — until blonde, long-legged Miriam used her charms to enlist his aid in a plot to hijack a million dollars from a group of Batista cut-throats.
The moment he joined the plot John found himself in a crucible of erotic frenzy and violence from which there was no escape.