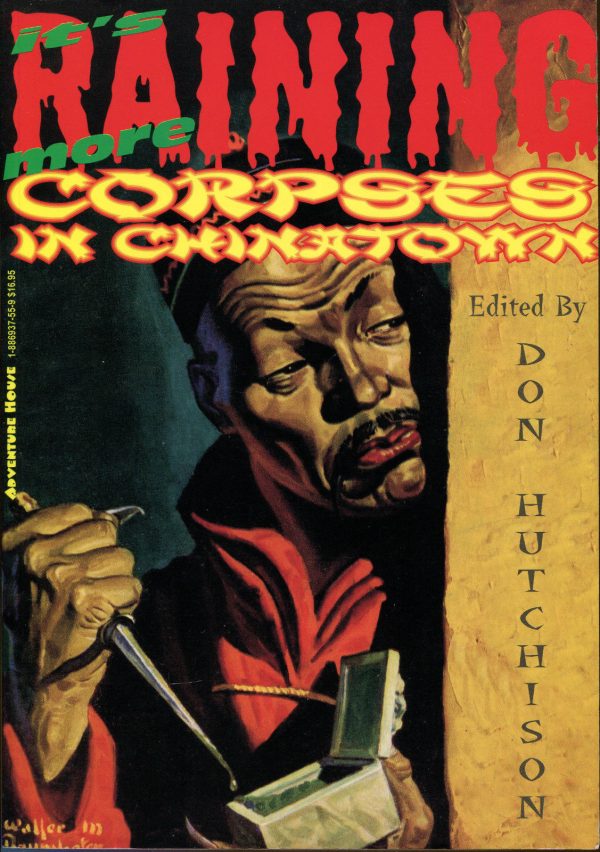 With his army of Dacoit footpads, trained killer apes and poisonous creepy-crawlies, Sax Rohmer’s maleficent Devil Doctor held the reading world in thrall for half a century.

Fu Manchu’s glory years were the twenties and thirties–that fascinating interval between the two Great Wars. Innocence and ignorance weren’t mortal sins then. It was a smaller world, less complex, when houses had attics full of memories and old books, where you could sit and thrill to Tales of Chinatown and The Yellow Claw.

If the world view these fictions portrayed was simplistic and even jingoistic, it was a factor that seldom bothered homebodies of the Great Depression. For them, such remote and unglimpsed locations as China, the South Seas, India, and the jungled lands of Africa and South America existed as mere backdrops to tales of vicarious adventure.

This was the circumscribed world in which so-called Yellow Peril fiction thrived. The Chinese, or “Chinamen” as most Americans called them, had come to the New World as coolies to supply cheap labor for mining camps and railroads. By the 1870’s Asian ghettoized communities emerged in the heart of several cities: claustrophobic shadow worlds of serpentine streets and narrow alleys, soon identified as Chinatowns. While Westerners may have admired Chinese culture and tradition from a distance, our press chose to emphasize the most superficial and sensational aspects of Chinese life up close. Stories of bloody tong wars, opium smuggling, white slavery, hatchetmen, and gambling dens appeared frequently in luridly inventive newspaper accounts. The incorporation of these lip-smacking elements into the stew of pulp fiction proved irresistible.