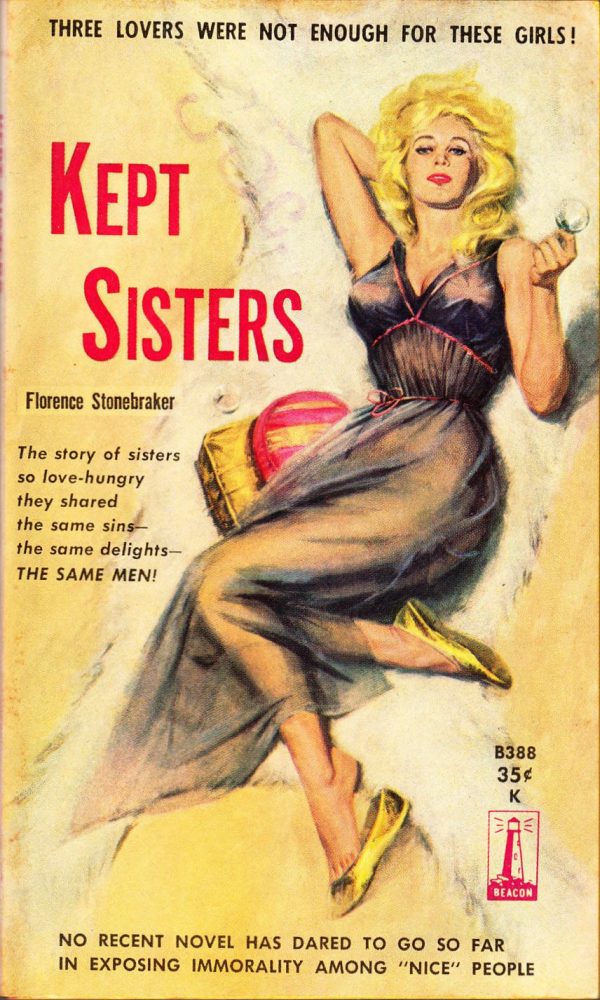 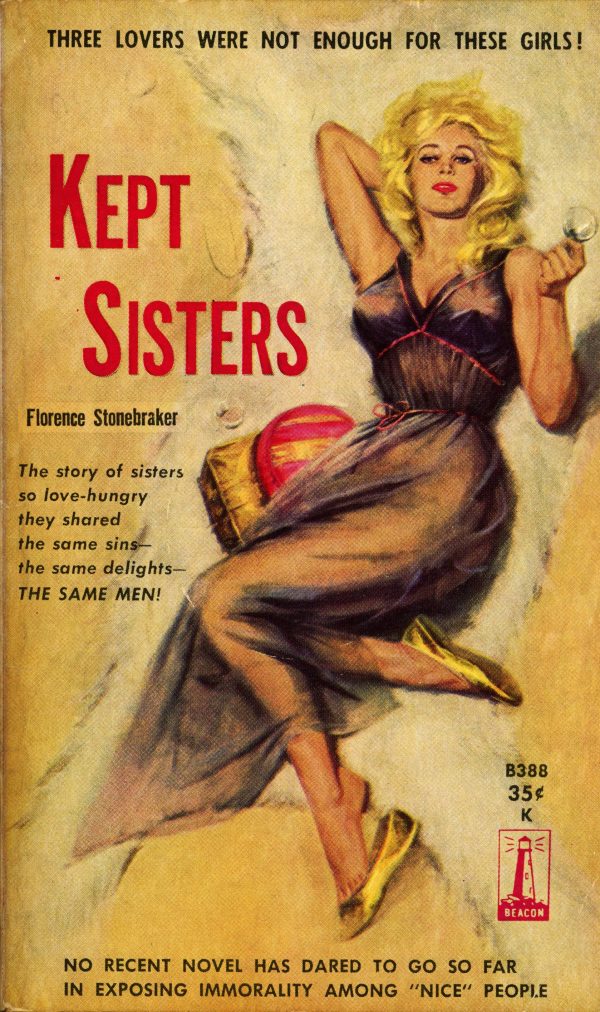 Three Lovers Were Not Enough For These Girls!

The story of sisters so love-hungry they shared the same sins — the same delights — The Same Men!

Sue Harris was one of those provocative redheads who had it all — flashing eyes, lips begging to be kissed, long and beckoning legs. And her passionate nature drove her to bestow these attractions on practically anybody who came along.

At the moment, she was letting big Luke Wilson keep her. He was wealthy enough — and healthy enough — to give a girl what she wanted. But one man wasn’t enough for sleek Sue. She proceeded to work on the sweetheart of her kid sister, Rita, a ripe young blonde.

Rita turned to another man — his name was Dick Durant — but shapely Sue seduced him too. So Rita decided to fight fire with fire, and changed from a cool virgin to a torrid hussy like her sister, taking over Luke Wilson in the process. Sue now found herself broken, beaten, used and abused not only by the cruel and lusting Dick… but also by Ruby, his wildly wanton wife…!

Does that look like a man in a wig to anyone else?

One thought on “Kept Sisters”