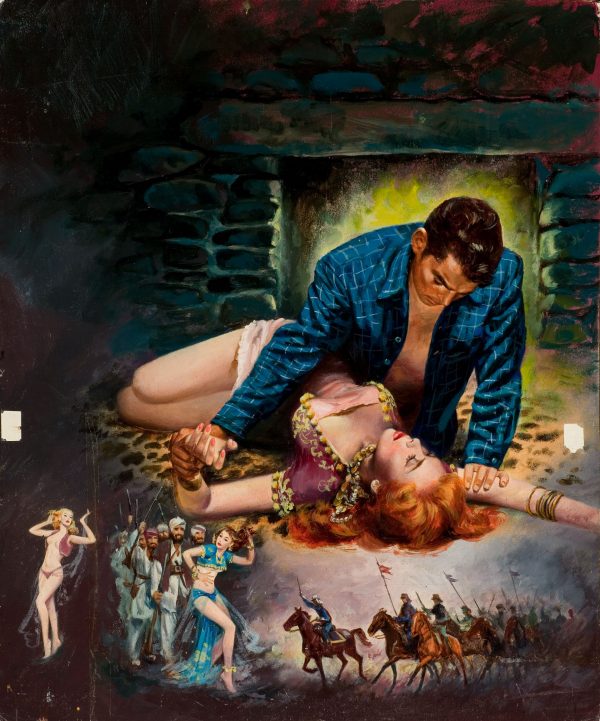 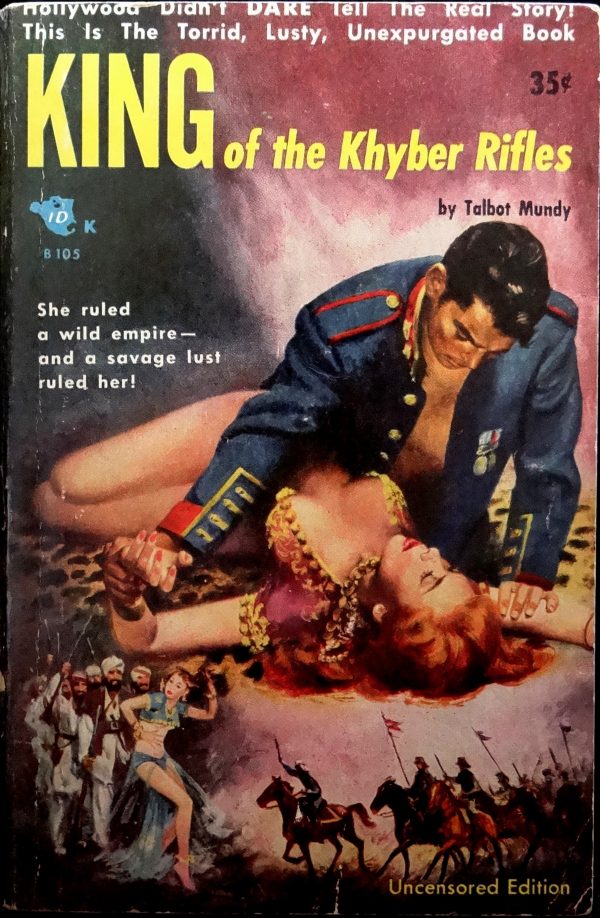 She ruled a wild empire — and a savage lust ruled her!

This illustration appeared on the cover of King of the Khyber Rifles in 1954, and a slightly altered version of the same scene was used for Sinful Virgin in 1961

Young — Fair — And Ripe For Anything!

The Daring Novel Of A Girl Too Seductive To Be Safe, Even From Her Own Flesh And Blood!

One thought on “King Of The Khyber Rifles / Sinful Virgin”