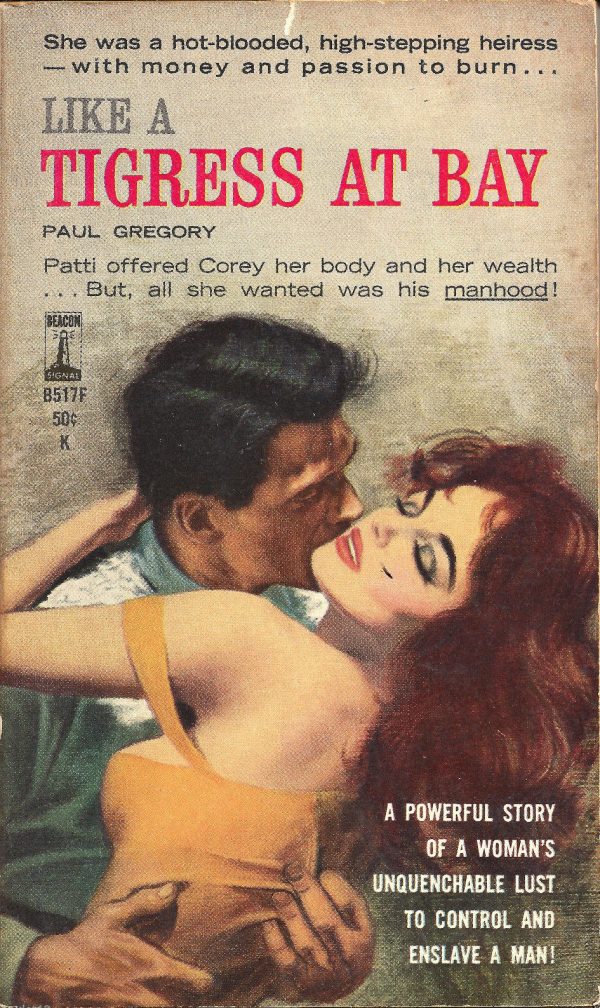 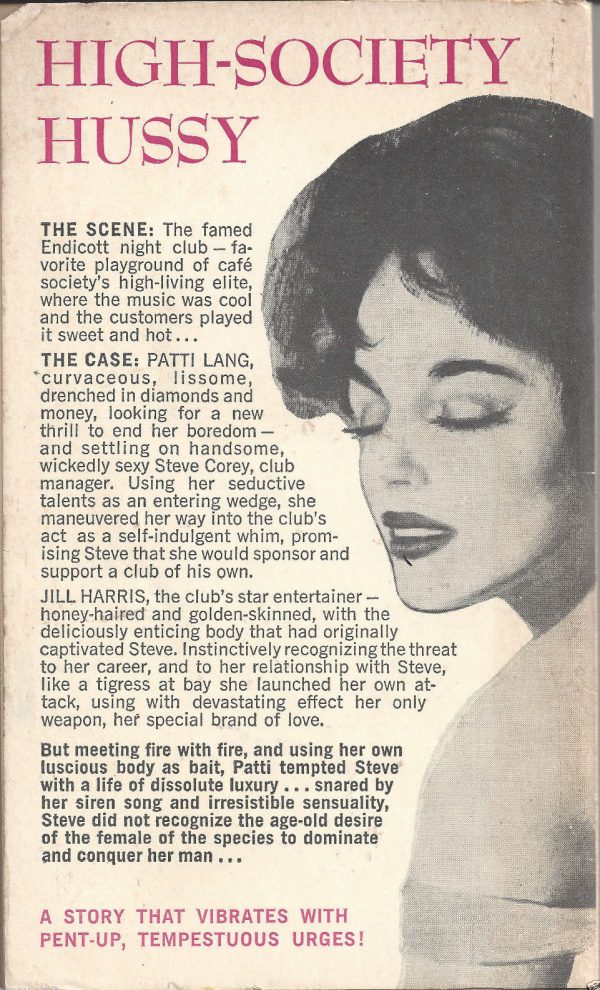 She was a hot blooded, high stepping heiress, with money and passion to burn.
Patti offered Corey her body and her wealth… But, all she wanted was his manhood!
A powerful story of a woman’s unquenchable lust to control a man!

THE SCENE: The famed Endicott night club – favorite playground of cafe society’s high-living elite, where the music was cool and the customers played it sweet and hot…
THE CASE: PATTI LANG, “curvaceous, lissome, drenched in diamonds and money, looking for a new thrill to end her boredom – and settling on handsome, wickedly sexy Steve Corey, club manager. Using her seductive talents as an entering wedge, she maneuvered her way into the club’s act as a self-indulgent whim, promising Steve that she would sponsor and support a club of his own.
JILL HARRIS, the club’s star entertainer – honey-haired and golden-skinned, with the deliciously enticing body that had originally captivated Steve. Instinctively recognizing the threat to her career, and to her relationship with Steve, like a tigress at bay she launched her own attack, using with devastating effect her only weapon, her special brand of love. But meeting fire with fire, and using her own luscious body as bait, Patti tempted Steve with a life of dissolute luxury… snared by her siren song and irresistible sensuality, Steve did not recognize the age-old desire of the female of the species to dominate and conquer her man…
A STORY THAT VIBRATES WITH PENT-UP, TEMPESTUOUS URGES!