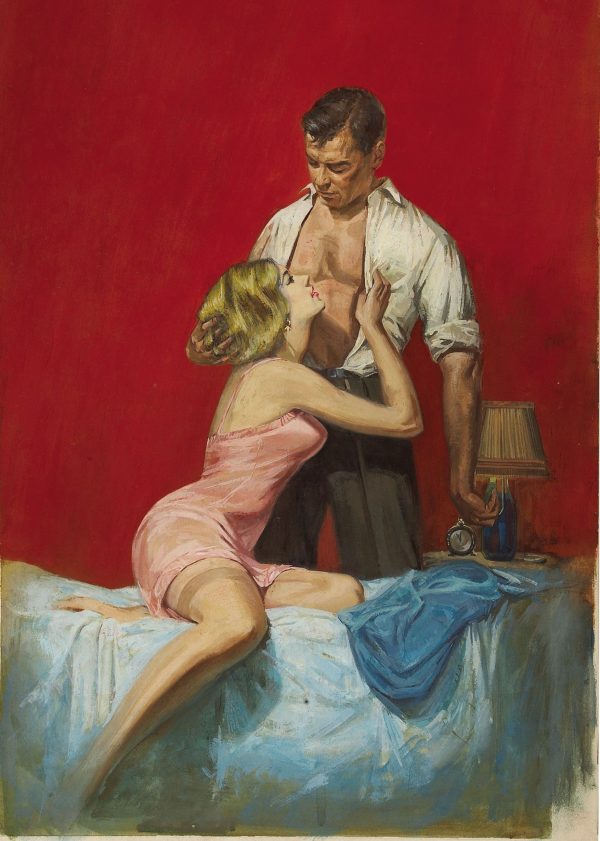 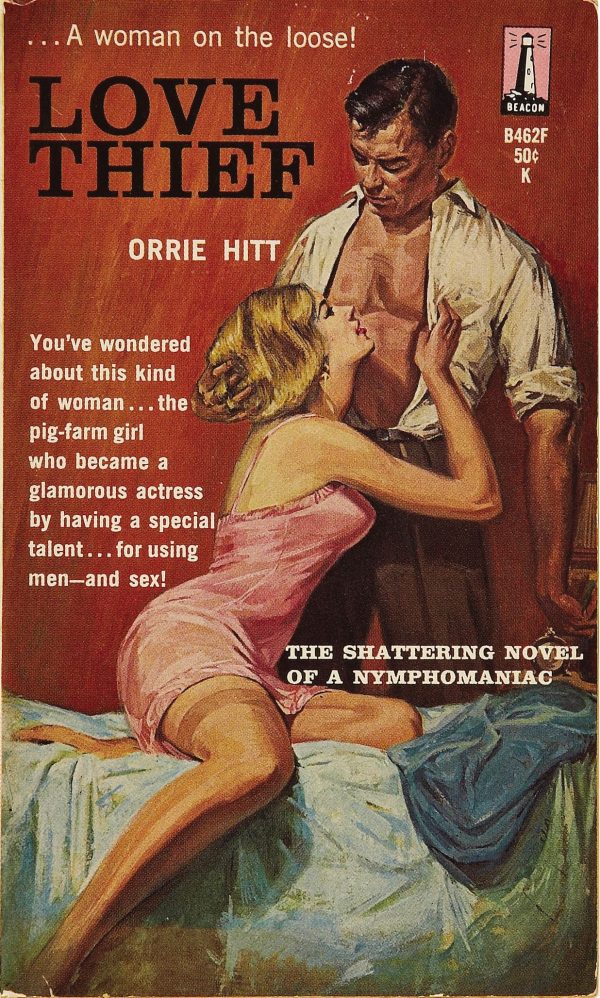 The Shattering Novel Of A Nymphomaniac … A woman on the loose!

You’ve wondered about this kind of woman… the pig-farm girl who became a glamorous actress by having a special talent… for using men — and sex!

From the back of Traded Wives:

These swapping couples become entangled in each other’s beds by strange mischance. The husbands think they are responsible. But their wives are the guilty ones, really…

CHERYL, unsatisfied by her legal mate, longs to be raped by another man — and gets her wish.

BARBARA LEE tries two husbands, neither her own, before finding the right private tutor in au naturel studies.

DEBBIE and her husband agree on a new code; Other people’s spouses are more fun.

There is also APRIL, ripe for anybody — including the TV repairman.

Take these wives — and their husbands — and roll the dice. For wife-swapping is the new vogue these days! This unblushingly frank novel gives you all the spicy details and weird, twisted rules.