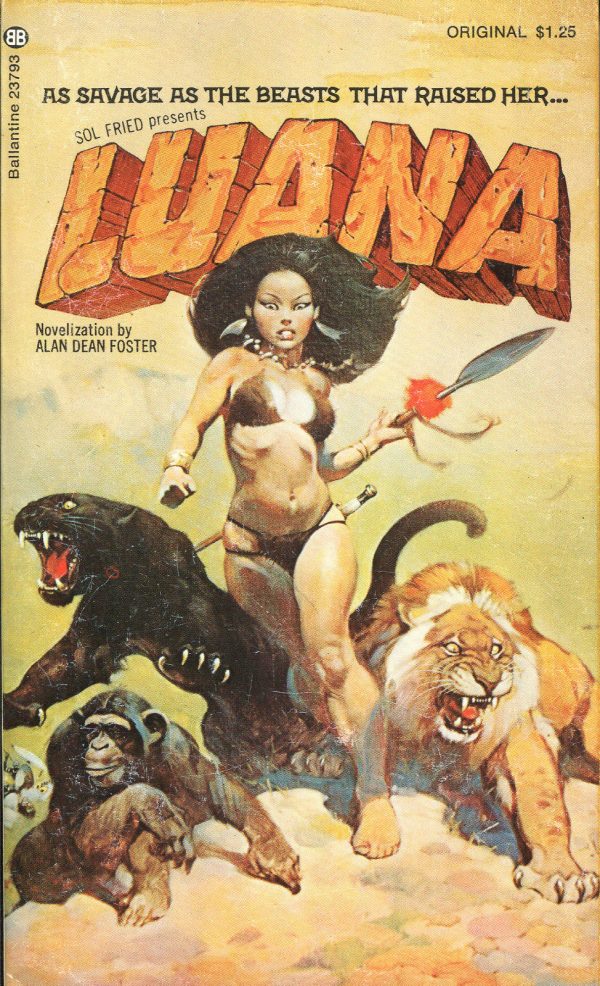 As Savage As The Beasts That Raised Her…

On April 15, 1960 A Plane Crashed In The Untamed African Jungle. The Survivor — A Young Girl!
Raised by fierce cats, Luana grows up
to be as savage as her jungle habitat.
And now she watches the winding
overgrown paths for hapless humans
on safari