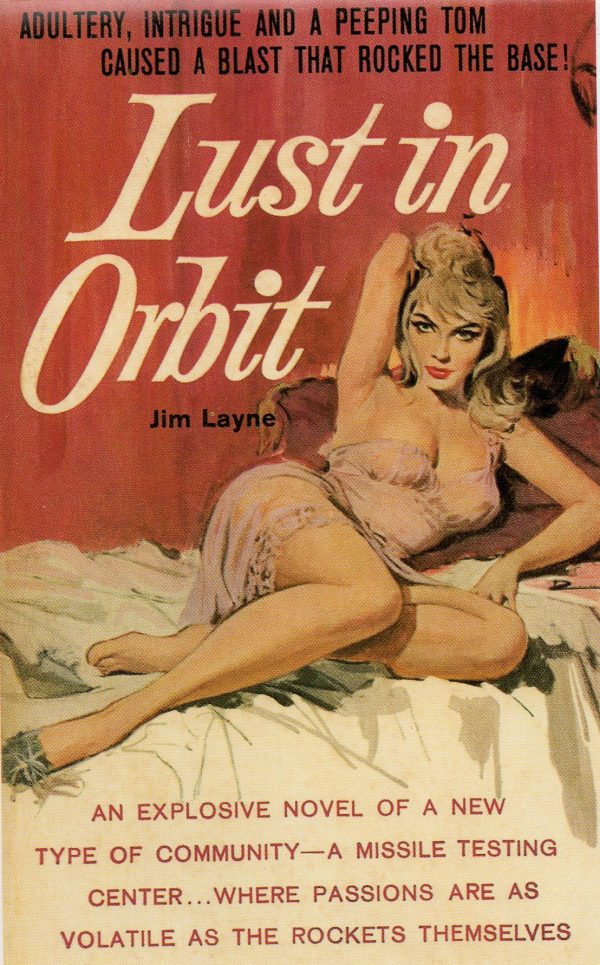 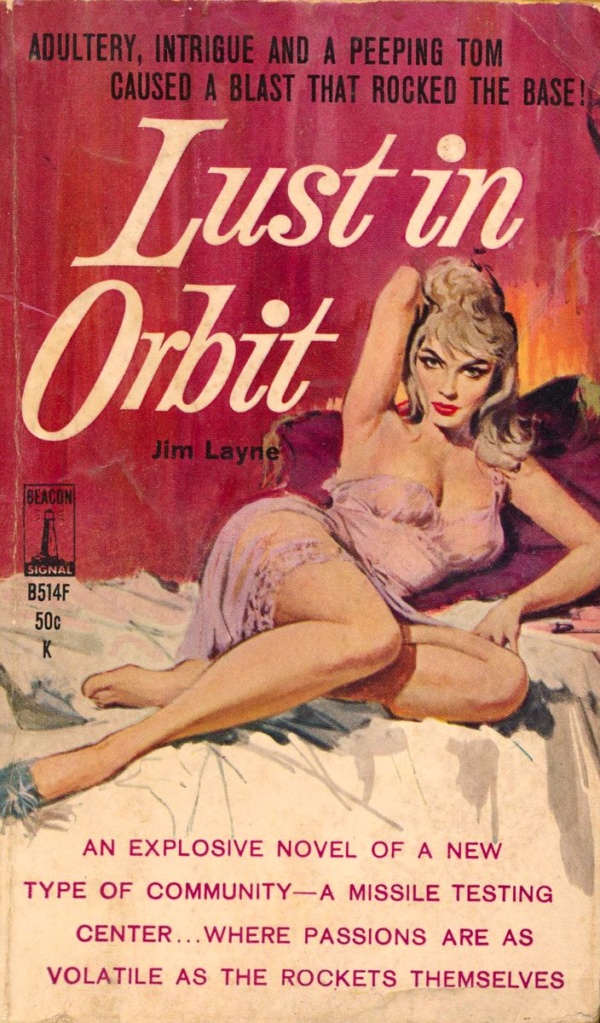 Adultery, Intrigue And A Peeping Tom Caused A Blast That Rocked The Base!
An Explosive Novel Of A New Type Of Community — A Missile Testing Center… Where Passions Are As Volatile As The Rockets Themselves

The men worded on Secret Projects …
While their wives played with Secret Loves!
The Base was a beehive of defense activity and, confined to close quarters, the men and women mixed their mates well! The mixture was seasoned with sex dynamite—and these women had the special ingredients:
MADGE HARPER was discontented, bored with her husband’s technical science, unable to interest him in the technique of love. Ripe and always ready for lust, she found a fertile ground for her unfulfilled sex needs with the more-than-willing husbands of her friends.
MARIA VERETTI had once cheated on her husband—and ever since lived in secret dread that she would have a compulsive desire to do it again, so alcohol became her refuge and her wall of resistance. Then came the night Herb Gallatin, irresistibly driven to being a Peeping Tom, penetrated her drunken stupor and a nightmare of lust ensued, reopening old wounds and uncovering subconscious desires.
LINDA STEVENS, discovering that her husband was dallying with the beautiful owner of the Base’s electronic plant, evened the score by a violent, tempestuous involvement with Phil Ransome, gin-swilling, girl-hungry Chief Engineer…. And all the while, boring from within, Arturo Monteros, Cuban saboteur, spun a web of intrigue and seduction into which even the 17-year-old daughter of an Air Force major attached to the base was snared.
Caught in this slough of sex and carnality, what chance did they have for a decent, meaningful life?

WHAT REALLY HAPPENS TO THE AMERICAN FAMILIES FORCED BY THE ATOMIC ERA TO PLANT TRANSIENT ROOTS IN STRANGE SOIL?

One thought on “Lust In Orbit”