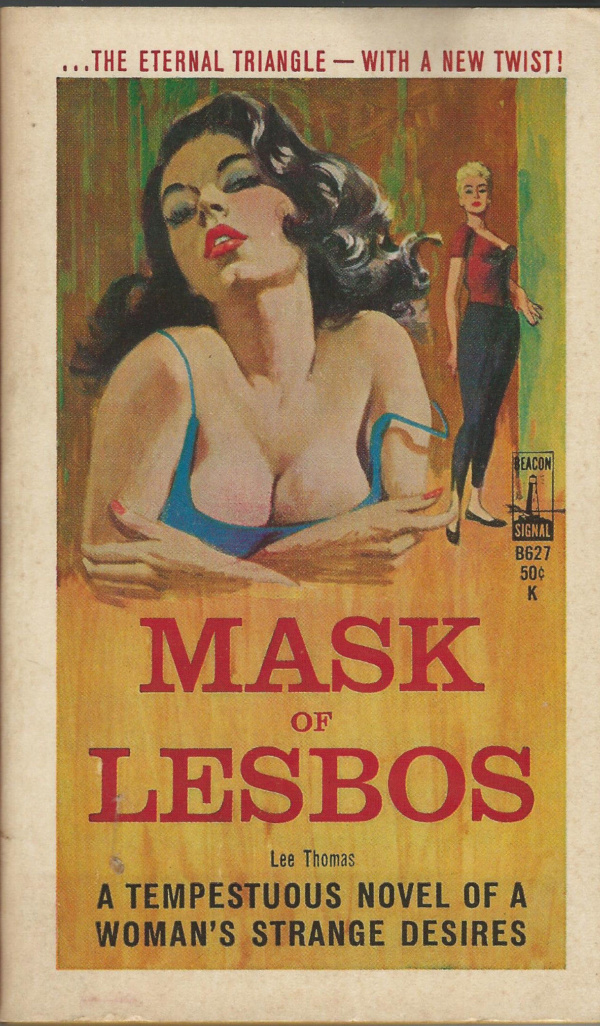 The Eternal Triangle — With A New Twist!

In the exotic, lush climate of California, Mac Jefferson, footloose and fancy-free, flourished like the green bay tree in his affairs with women, ranging from the little starlet to the big society debutante. Now he set out to Make It Big in Business by making time with the boss’s daughter. But when he went after Joyce, the blond, blue-eyed and virginal heiress, he came up against his most formidable rival—Marian Manchester, overt lesbian and insidious temptress!
He tested his manhood in a spectacular struggle with a twisted woman’s wanton desires!