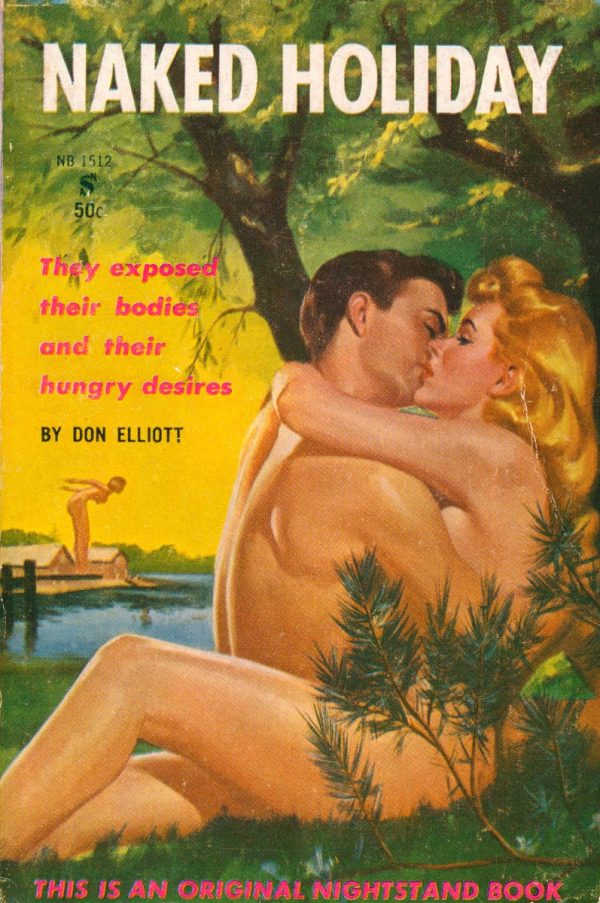 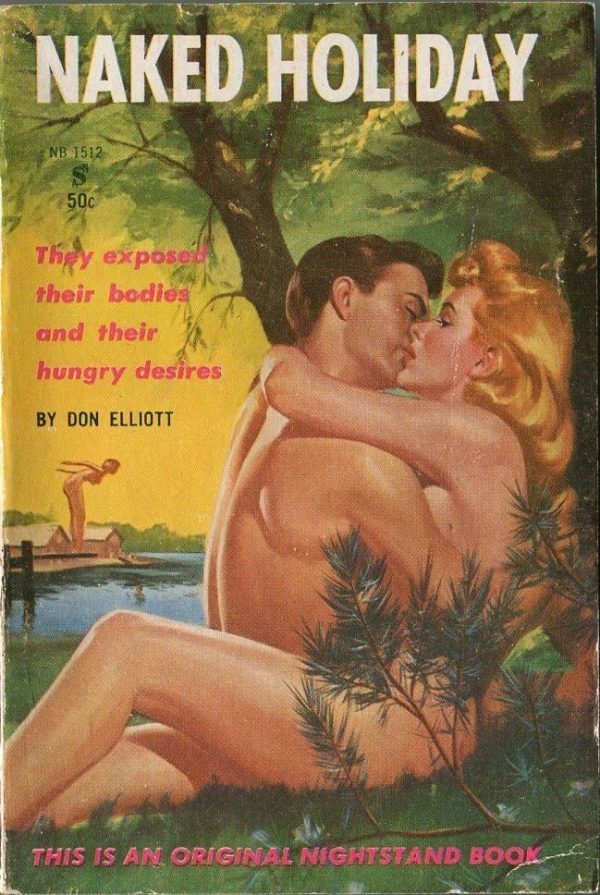 They exposed their bodies and their hungry desires

These Were The Nudists!

Bonnie — whose sickness wos sex. She didn’t care who she slept with, as long as she owned him afterwards. Her fever for lust Al could never quite quench.

Harriet — who could never be aroused unless her love-partner beat her. So Al used the weapon she gave him, and struck her unmercifully. If wos the most terrifying union he’d ever known.

Sandra — sixteen-year-old daughter of the nudist camp’s director. Hot, lusting Sandra, jailbait Sondra who crept info Als arms and demanded his body, using her own like most women use a knife!

…And There Were Others!

One thought on “Naked Holiday”