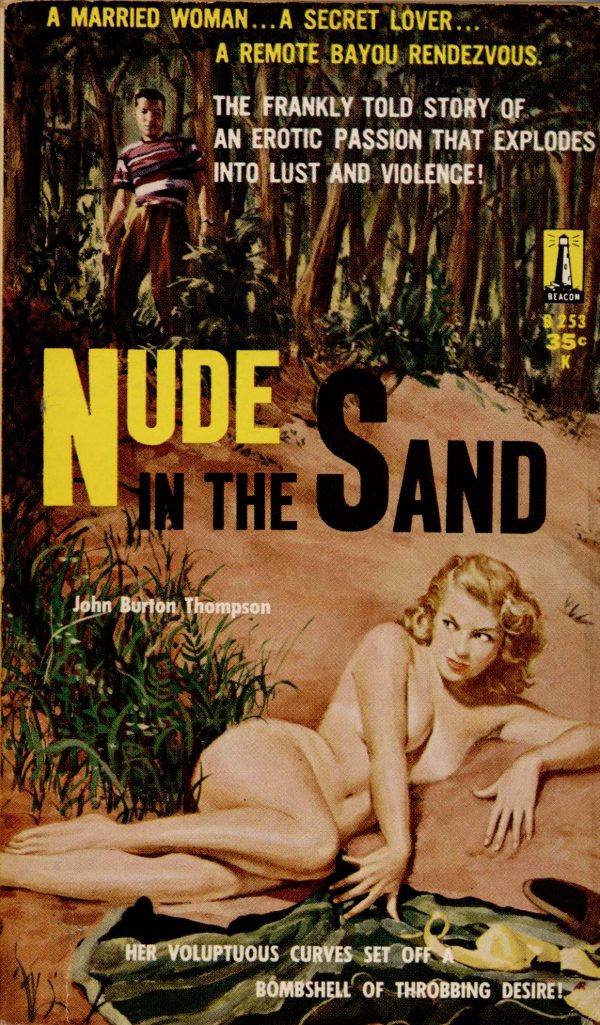 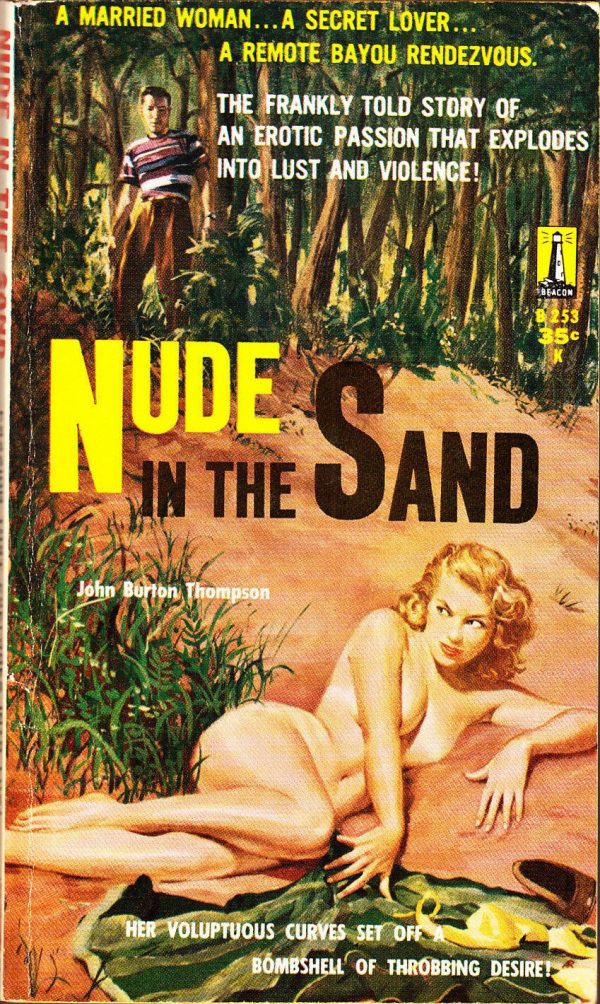 WHO WAS THIS STRANGE VOLUPTUOUS CREATURE WHO PERFORMED EROTIC RITES IN THE HOT BAYOU SANDS?
Lecia McCauslan sought a tainted love that branded her an outcast… Although her husband desired her with ardor, he also lusted for Dora Jones, the wanton swamp girl—and then, when he chased after seductive Charline, he received a horsewhipping that sent him running home to Lecia… but Lecia wasn’t there. She had answered the irresistible call of the bayou where she knew the dark stranger furtively watched her pagan sacrifice to passion…
What strange, forbidden ecstasies held her captive on the lonely white sands? Who was her real lover?
JOHN BURTON THOMPSON DOES IT AGAIN! HIS BITING PEN HOLDS NOTHING BACK AS HE UNCOVERS THE RAW, SEETHING EMO-TIONS OF THE SOUTH HE KNOWS SO INTIMATELY.