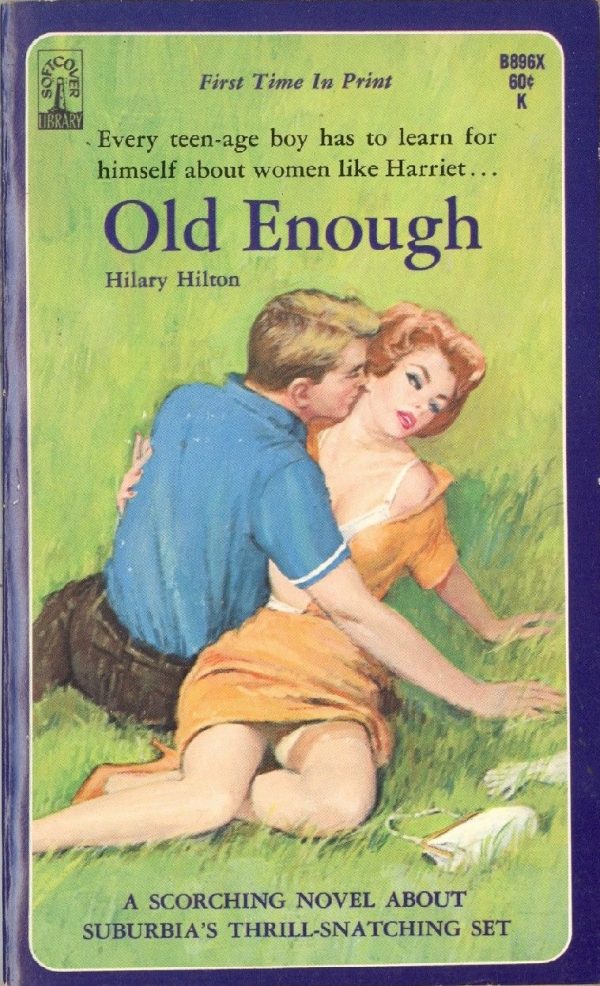 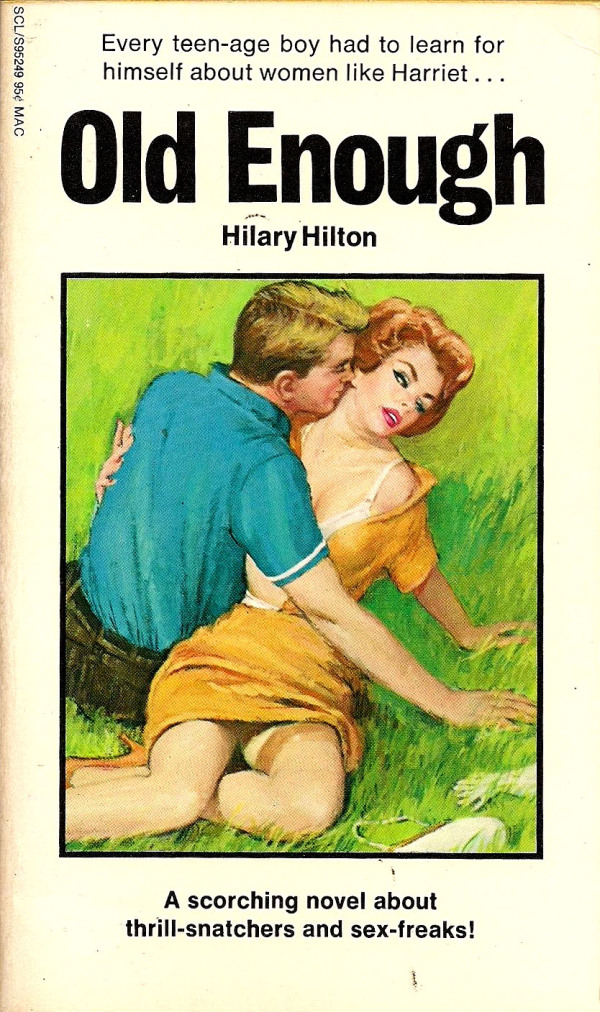 Married women hungry for boys are sure to get themselves into trouble—or are they? That’s the question confronting thousands of restless wives today. And it’s the question discussed in this swift, sharp novel of illicit sex.
Take Harriet Smith, described in these pages as married, quite beautiful, and burning with mature, healthy sex needs. She thinks she is calling the turn when she seduces a clean, handsome teen-ager. Actually, the boy is imposing his will on her—exactly as numerous sex-driven youngsters today are imposing their wills on more and more older women!
For young people, by sheer number, now are forcing their free-and-easy morality on adults. So this book contends. Usually such unions wind up in disillusionment. Meanwhile, however, thrills are fast and furious!