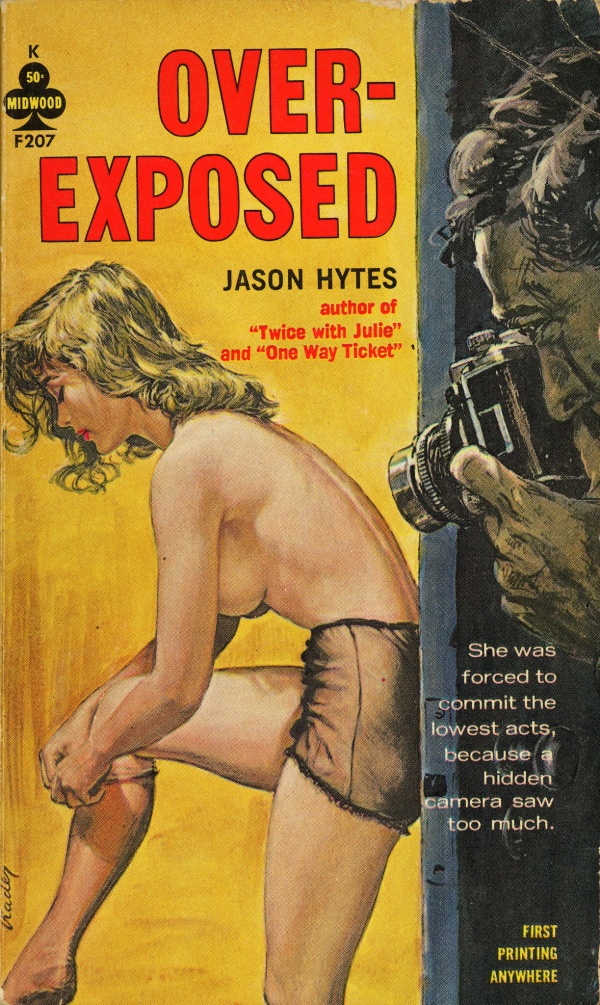 She was forced to commit the lowest acts, because a hidden camera saw too much.

BEAUTY — BEASTS — BETRAYAL
These girls were the cream of the city’s beauties and Linda was the most beautiful of all. But each of them, including Linda, was blackmailed into selling her body because an unscrupulous gang used a hidden camera as a trap.
If it weren’t for Danny, Linda might still be submitting her body to such degrading acts as happened one afternoon on her living room floor.
No Girl Was Safe From the Evil Camera Eye that Could Reveal Her most Intimate Secrets