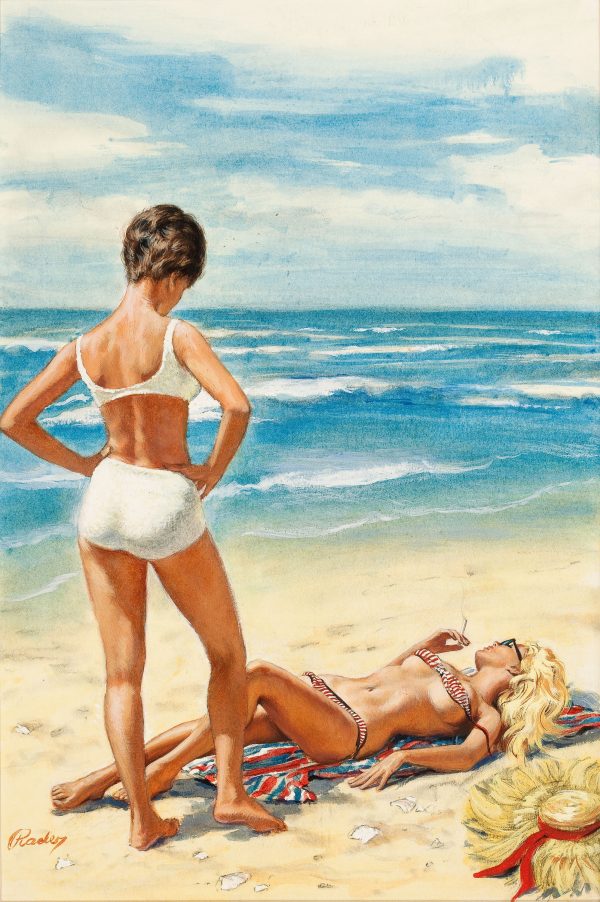 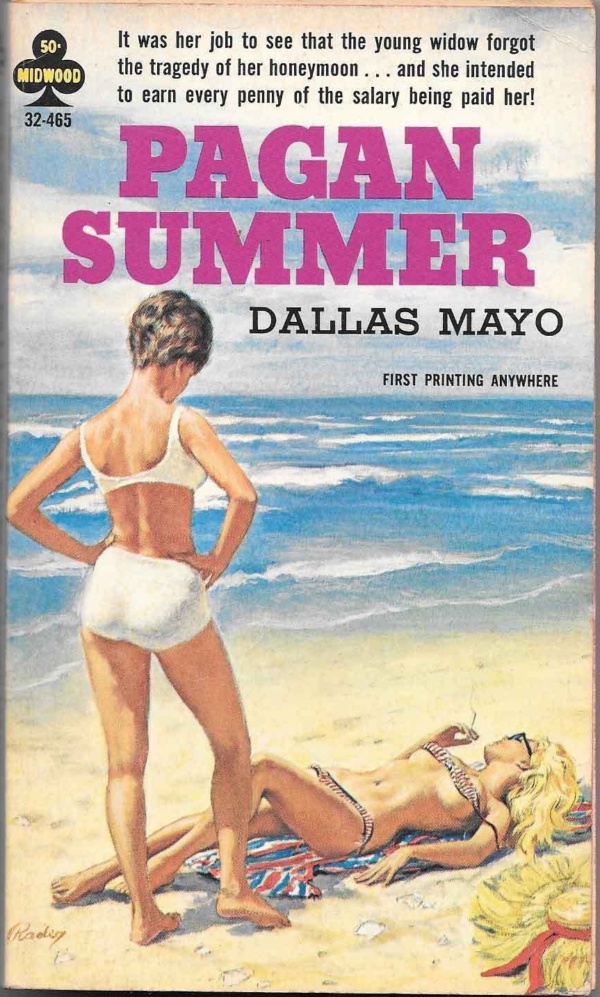 “It was her job to see that the young widow forgot about the tragedy of her honeymoon…and she intended to earn every penny of the salary being paid her!”

For Muriel, it was the chance of a lifetime, being hired as a resident nurse and personal companion to the young socialite who had been widowed on her wedding night. Erin Lenox had the face of an angel and the body of a goddess and the shock of her tragedy had left her seething with unfulfilled needs and pathetically vulnerable and susceptible to any form of affection.
Muriel knew it was only a matter of time before she’d be able to show the girl a different kind of love… a different source of forbidden passion. And, once initiated, Muriel was confident that their roles would be reversed… she’d be the mistress and Erin Lenox, the slave.
She’d own that lovely face, that glorious body… and most of all, all that wonderful money!

A cropped version of the painting was also reproduced in the adventure pulp Men’s, January 1968, for the story “Encounter on the Beach” by Frances Lengel. The lesbian theme is gone and it was used instead to illustrate a story about man and woman meeting on the beach:

“My fingers caressed her skin with sun-tan oil, and I could feel the tension leaver her….. soon her whole body was responding to my touch.”

Her body was ripe for love — Any kind that came along