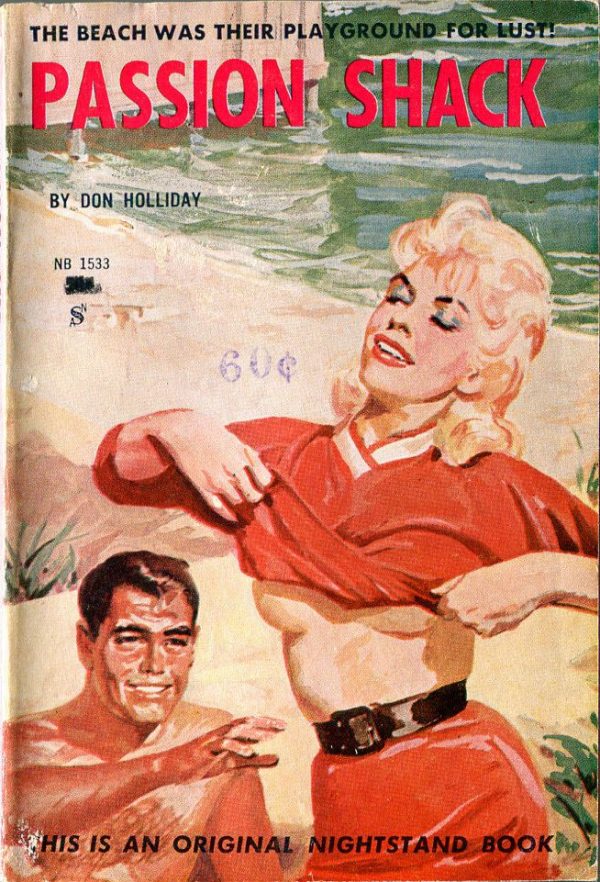 The Beach Was Their Playground For Lust!

he found them, bursting with passion and hungry to try every erotic thrill man and woman could ever share. He found Monica, who wore only a thin wrapper, so the boys could see her lush and beautiful body. He found Mary, who came to him in the night and demanded he satisfy her strange and twisted lusts — which he refused until her brother forced him at gunpoint! This was the weird tropical world Ben Carr — architect, society husband — had come to make for himself in the abandoned shack on the Florida coast. A world he had fled to in an attempt to forget that his own beautiful wife was a lesbian. It was a terrible and degrading world —
…Filled With Lust!