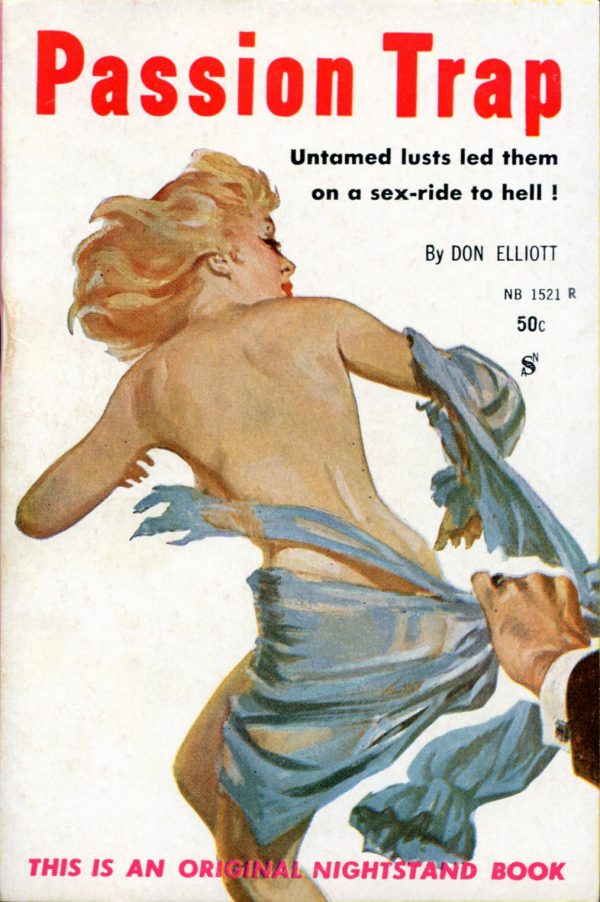 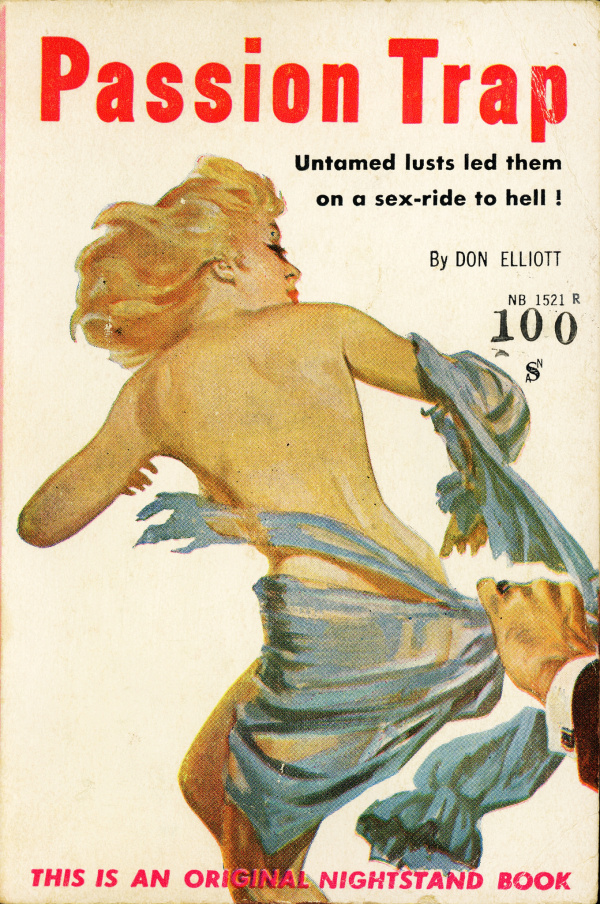 Untamed lusts led them on a sex ride to hell!

These were the women in Professor Jay Blackett’s life. The woman he loved, Susan, who was marble in flesh, a girl whose beauty demanded she be loved but whose fear of sex clutched her and drove her to strange attitudes. And there was Nancy, the hot little waitress whose soft white flesh called to Jay Blackett and threatened to drown him in a pool of his own lusts. These were the two who threatened to drive Jay Blackett mad with desire and frustration. Until the day Nancy called him, terror ringing in her voice, pleading with him to hurry over before she was murdered. Then Jay Blackett’s life became… A Sex-Ride To Hell!