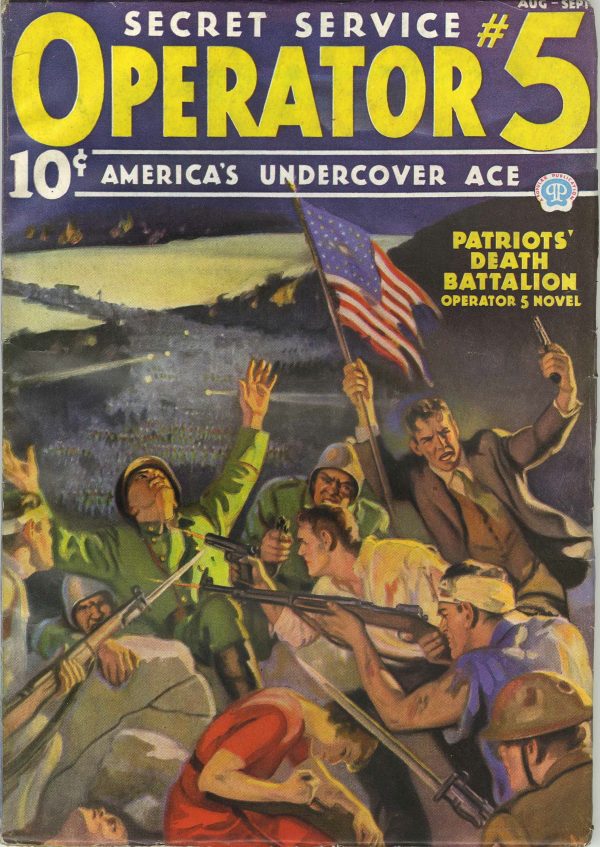 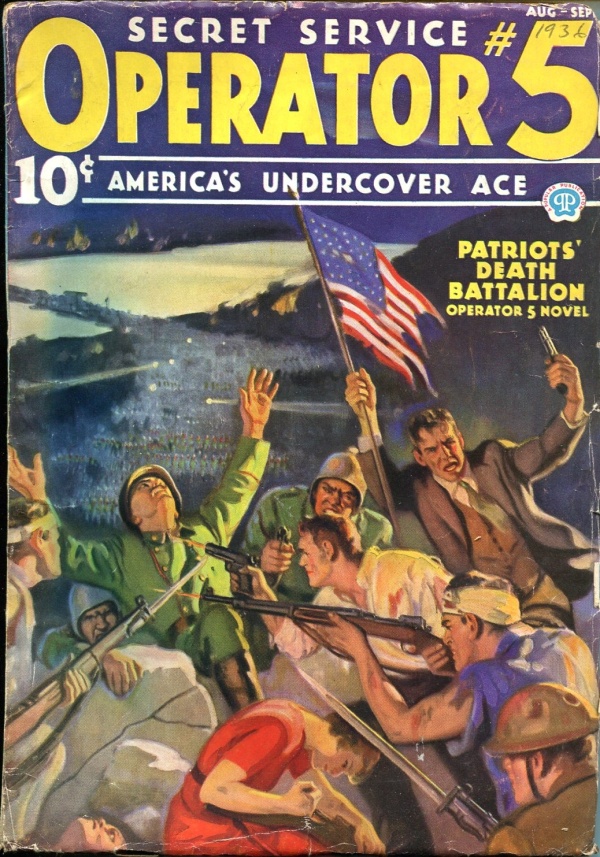 America, from the Atlantic Ocean to the Mississippi River, has been washed in blood by the ruthless war hordes of the invader, Rudolph I. On the banks of the mighty Father of Waters the American people, poorly armed, ragged and desperate, are making a last stand. But as rumors reach them of the bloody slaughter in the east, as the heavens fill swiftly with enemy planes, and they sense the insidious treachery developing among their own military leaders, their grim courage begins to weaken. Their only hopes lie in Operator 5 — and he, a victim of internal treachery, has disappeared!

One thought on “Patriot’s’ Death Battalion”