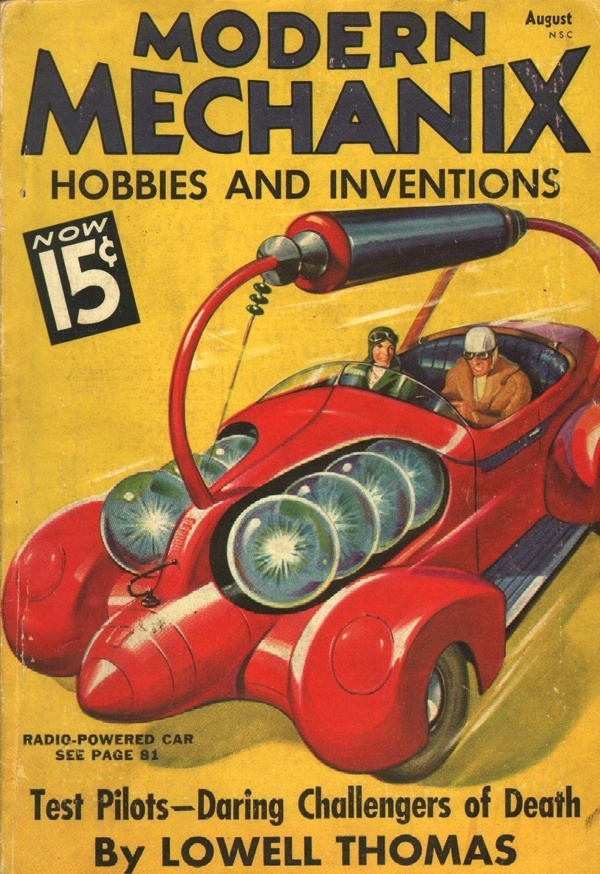 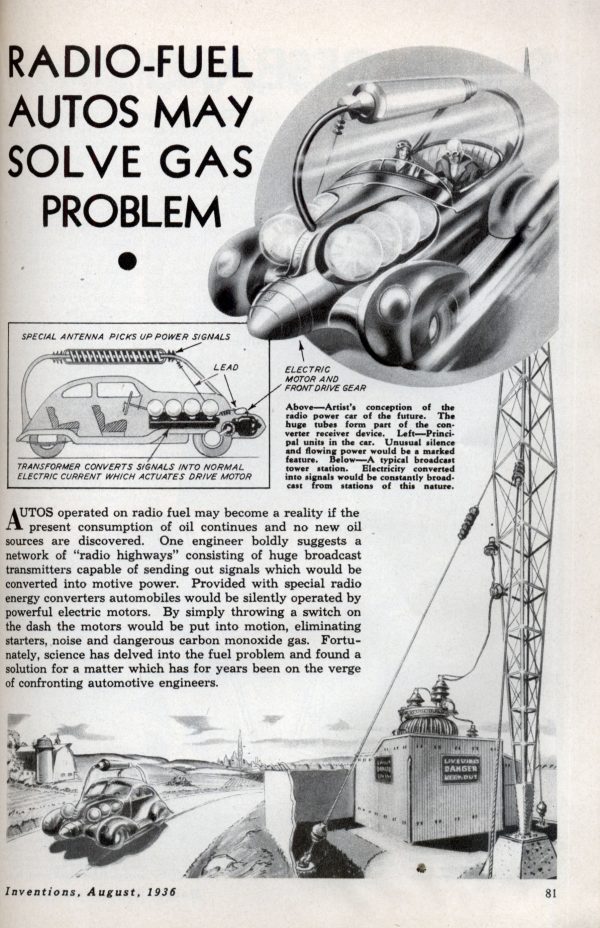 AUTOS operated on radio fuel may become a reality if the present consumption of oil continues and no new oil sources are discovered. One engineer boldly suggests a network of “radio highways” consisting of huge broadcast transmitters capable of sending out signals which would be converted into motive power. Provided with special radio energy converters automobiles would be silently operated by powerful electric motors. By simply throwing a switch on the dash the motors would be put into motion, eliminating starters, noise and dangerous carbon monoxide gas. Fortunately, science has delved into the fuel problem and found a solution for a matter which has for years been on the verge of confronting automotive engineers.

One thought on “Radio-Powered Car”