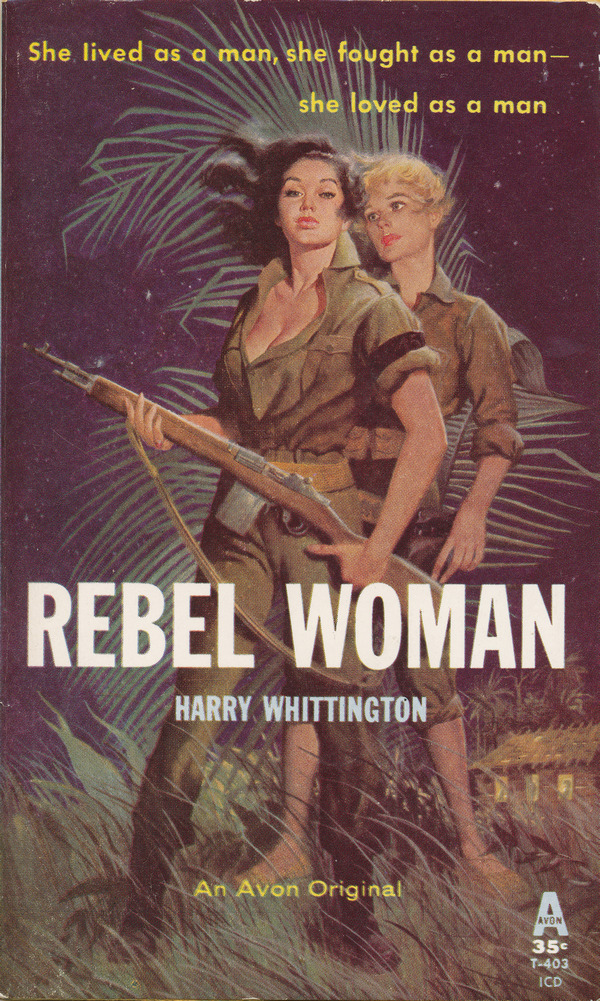 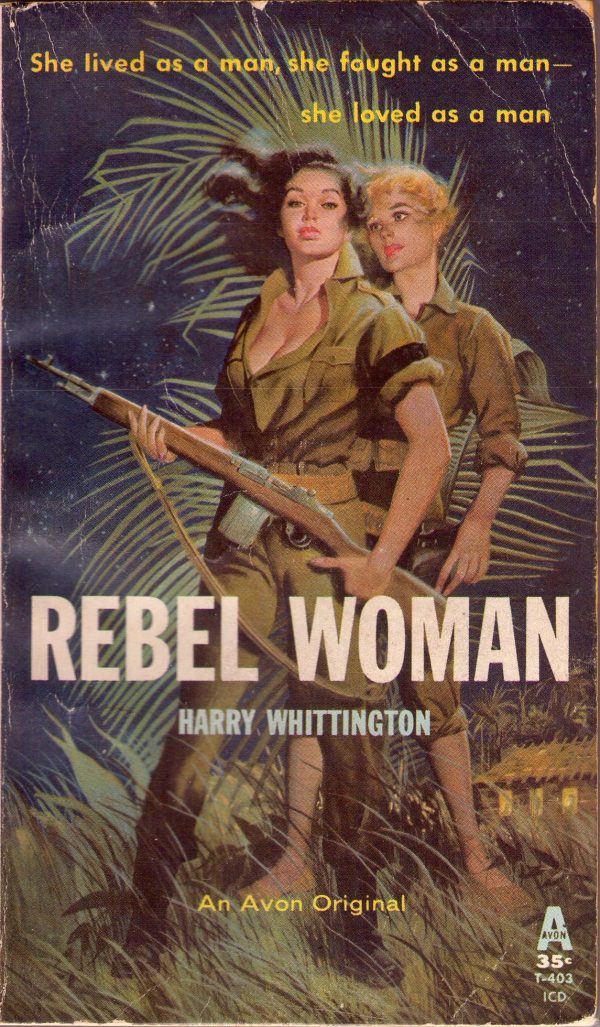 IT WAS A TIME OF TERROR…

Violence raged through the island like a deadly plague. Women as well as men were caught up in the merciless fever of revolution.
The rebel soldiers who captured the American, Jim Patterson, were women. But they were as brutal and uncompromising as their male comrades.
For a moment, when Jim recognized their leader to be a girl he had once known and loved, he dared to hope.
But she was “Captain” Rosales now and there was only coldness in her eyes — and hatred of him, of all men. Then he saw the way she looked at the girl, Dolores, and he knew the twisted path she had taken.

As for the others, Jim could only pray that at least one among them was still a woman.

One thought on “Rebel Woman”