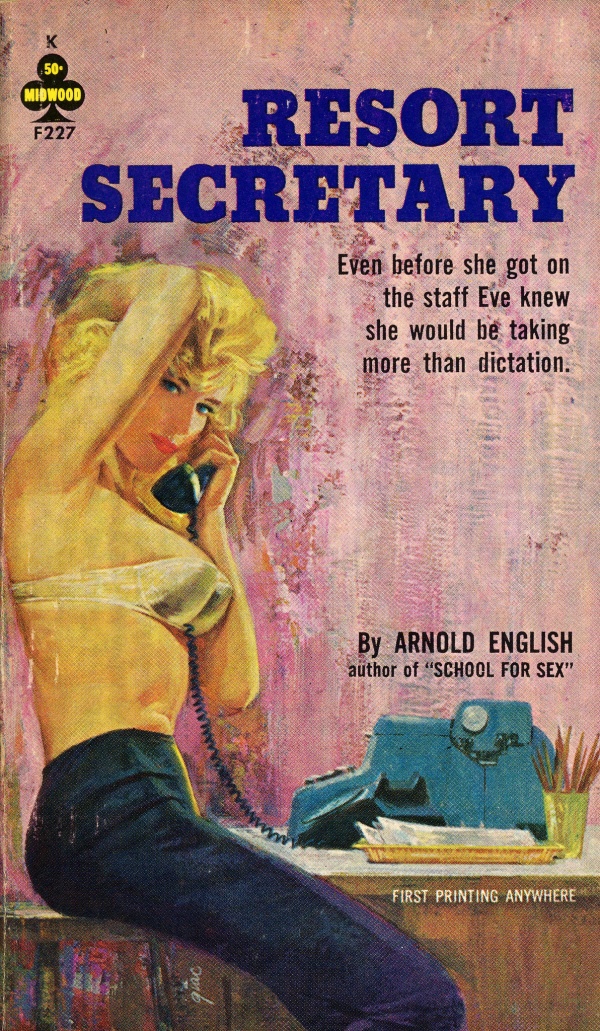 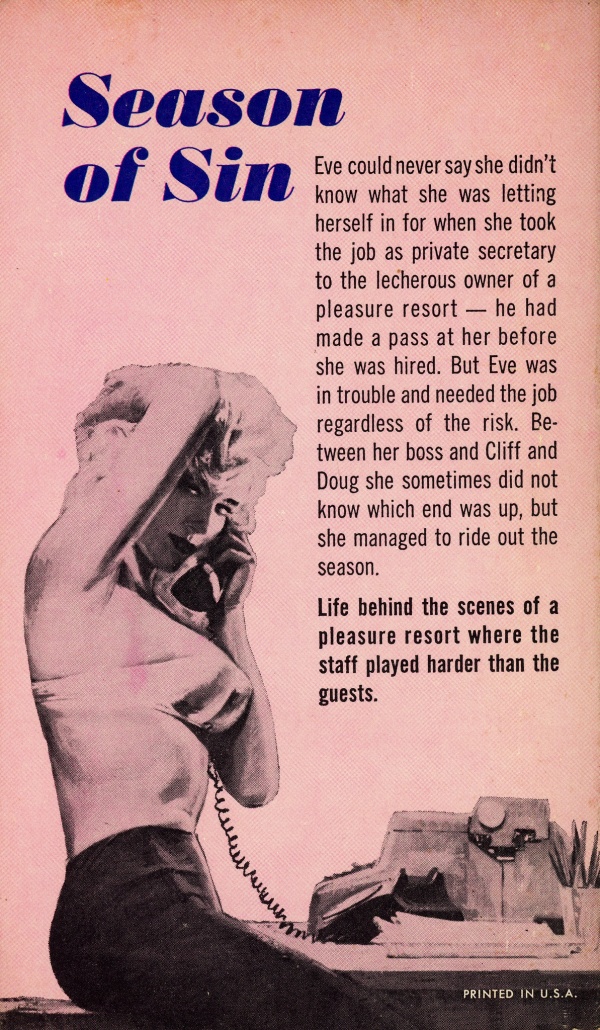 Season Of Sin
Eve could never say she didn’t know what she was letting herself in for when she took the job as private secretary to the lecherous owner of a pleasure resort — he had made a pass at her before she was hired. But Eve was in trouble and needed the job regardless of the risk. Between her boss and Cliff and Doug she sometimes did not know which end was up, but she managed to ride out the season.
Life behind the scenes of a pleasure resort where the staff played harder than the guests.