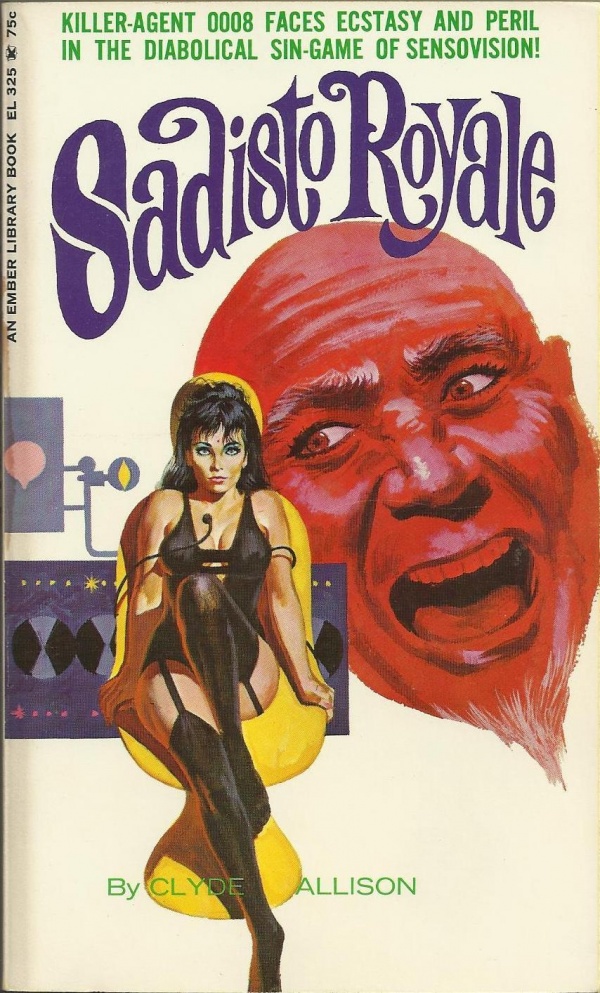 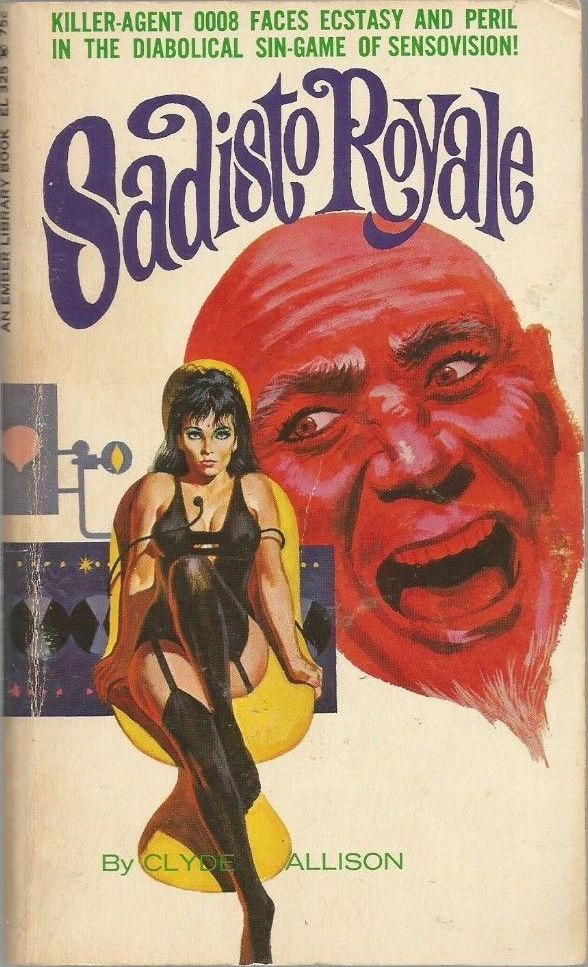 SENSOVISION — Mankind’s greatest boon, the ultimate in entertainment, or… the end of everything. Its mad exploiter had no scruples; the profits would make him the richest man alive. Secret agent 0008 was the only barrier, and he was already strapped in place, the electrodes applied to his brain as the mad-man recorded every moment of — Sadisto Royale