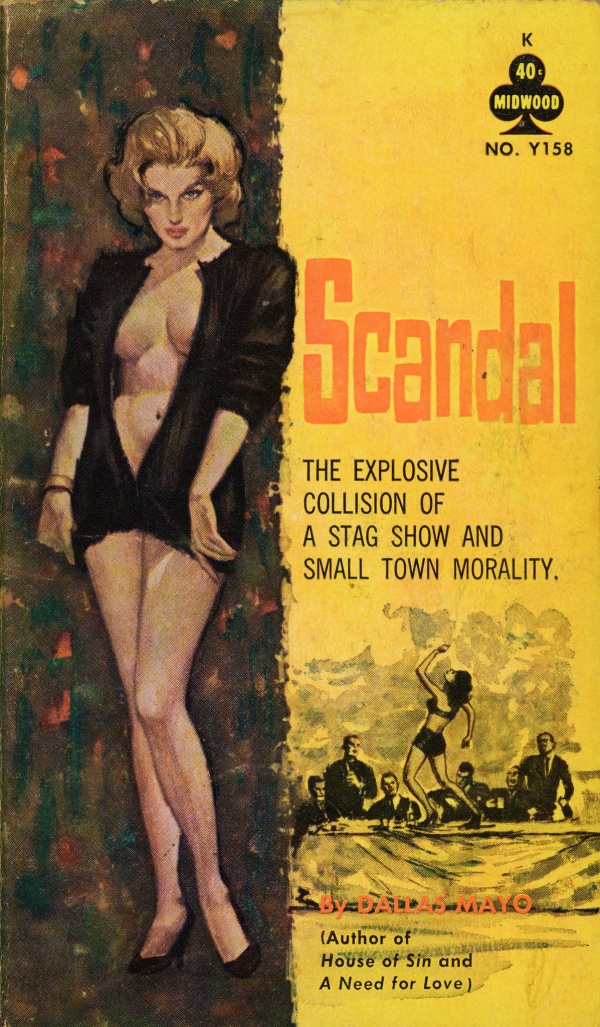 The Explosive Collision Of A Stag Show And Small Town Morality

For The Tired Business Man
And there were plenty in the town, respect.able, humdrum, ordinary… Who would suspect that they played around? No wonder they were tired! It was the last place in the world anyone would expect to run a stag show, too. The whole town buzzed about it, and about the girls who performed for the male population. What they did involved everybody from the top banker to the lowly librarian, exposing a seething mass of sex and sin