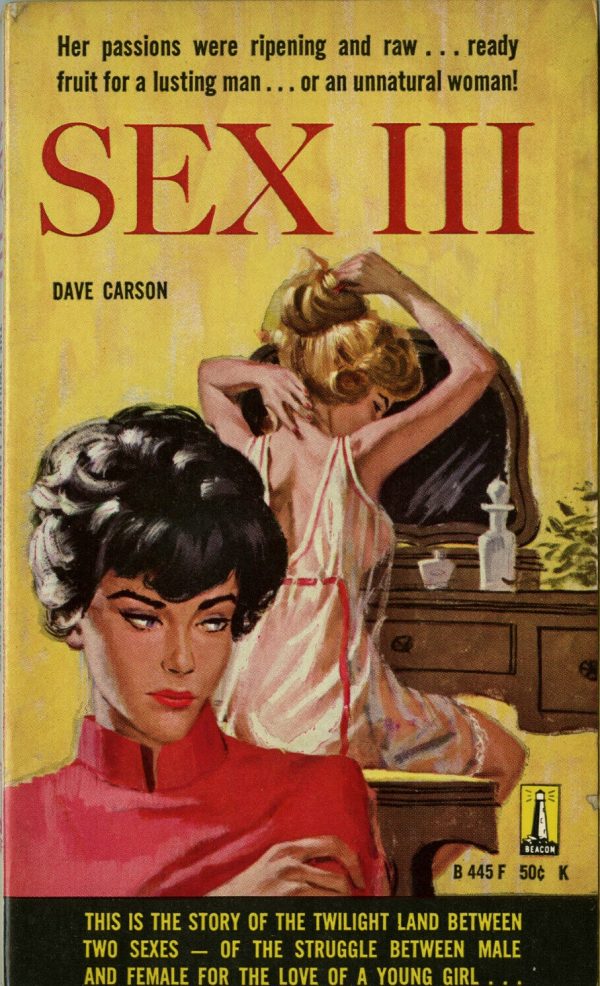 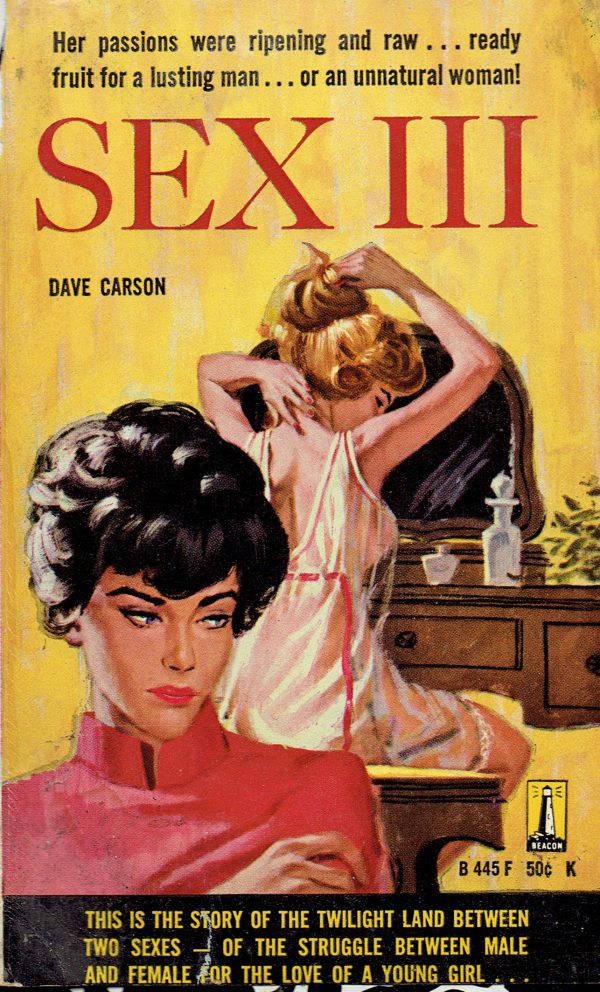 Her passions were ripening and raw… ready fruit for a lusting man… or an unnatural woman!
This Is The Story Of The Twilight Land Between Two Sexes — Of The Struggle Between Male And Female For The Love Of A Young Girl…

When Judith’s ripe and restless body was stirred to sudden fire by a man who loved her too much—and too soon—she was shocked by the trembling violence of her passions. Again and again she submitted to desires she was still too young to understand. But the discovery that she was pregnant turned her tenderness into terror. Desperate, she sought the help of another woman… a psychoanalyst.
But Dr. Mary Osborne was cursed by warped hungers. When Judith came to her, Mary’s lust flared up. Slowly, cleverly, she played on Judith’s confusions . . . until at last the girl was introduced into the perverted practices of a sick and twisted world. As the implications of lesbianism exploded on Judith’s senses, she suddenly realized she was branded with a new sin… a sin without redemption…
Only the man who loved her might save her. Yet how could he outwit Dr. Mary? To blunt his indignation, to make him forget young Judith, the warped but beautiful doctor lent him the use of her own lush body!