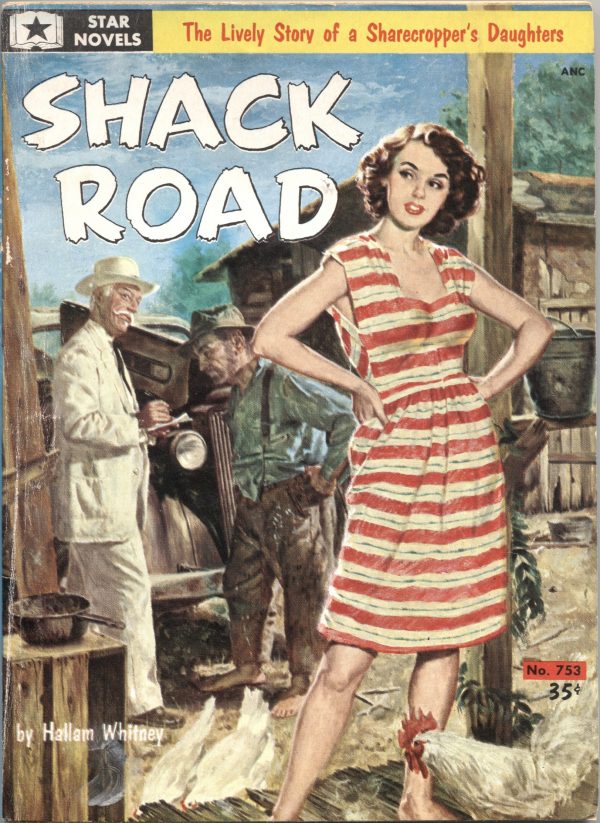 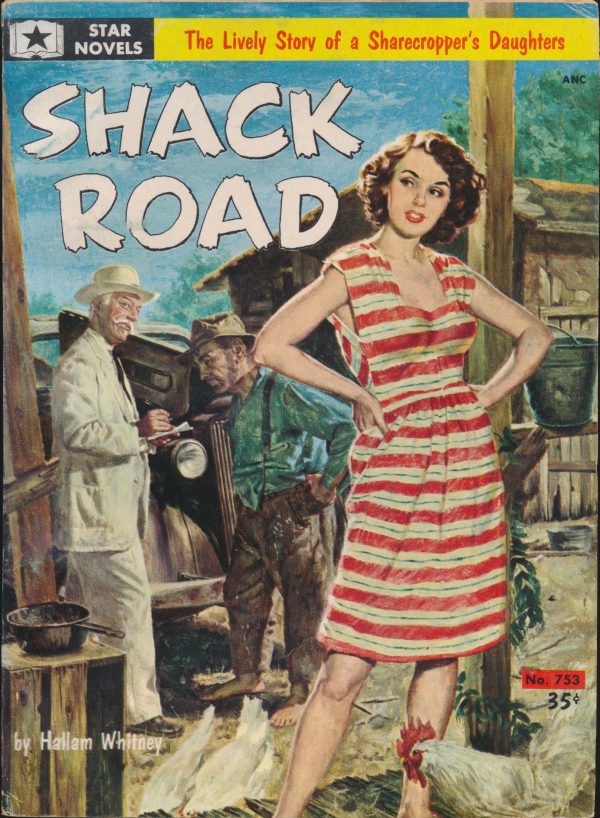 The Lively Story of a Sharecropper’s Daughters

A Sharecropper’s Women . . . What a Life They Led a Man!
Callie May, his wife, just couldn’t help being friendly to strangers… a warm friendliness that was forever attracting strangers to her . . .
May Ellen, his elder daughter, ran away from the cabin on Shack Road to look for a nice, respectable husband . . . but came running home again on her honeymoon!
Grandma, his mother-in-law, had stories to tell that would make a wild stallion blush . . . and there was no stopping her when she began talking about her young days!
Lorraine, the younger daughter . . . she was the real one! Down in Tampa, where she “worked”, or back home on Shack Road, the men couldn’t keep away from her . . . and whether it was the Colonel, who owned the land the family lived on, or the nice boy May Ellen married, or a chance bill collector who came around . . . when they saw Lorraine, there was the devil to pay!

One thought on “Shack Road”