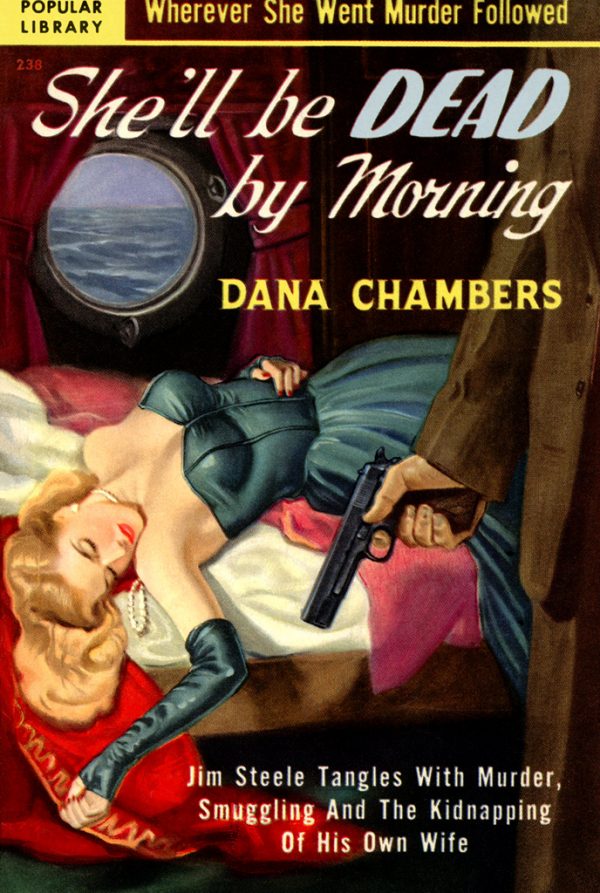 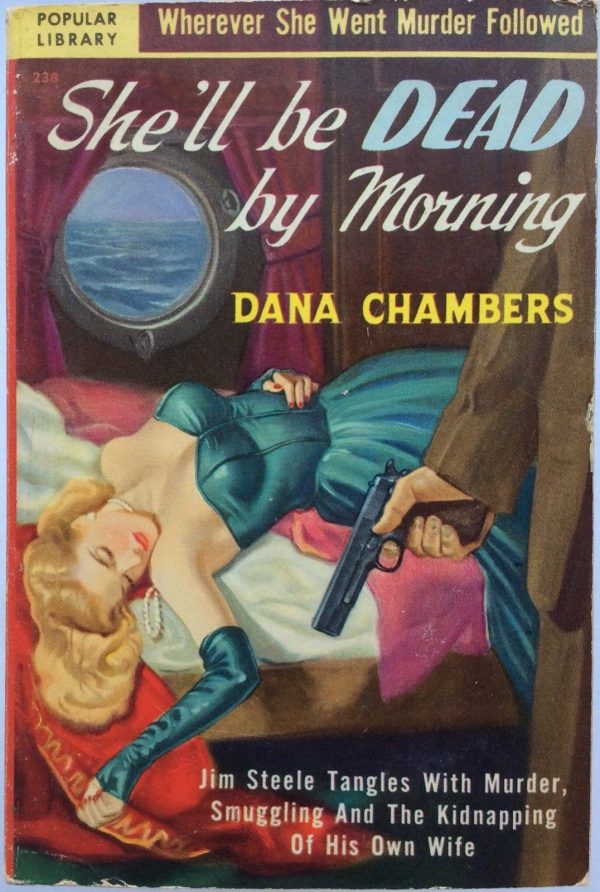 Wherever She Went Murder Followed
Jim Steele Tangles With Murder, Smuggling And The Kidnapping Of His Own Wife

“She’ll be DEAD by morning!”
That was the grim warning Jim Steele got over the telephone. He had spent the day checking into the strange deaths of wealthy George Kinsolving’s son and daughter. Returning to his apartment, Steele found Lisa, his wife, missing. It was then that the phone rang and a rasping voice told him to get on a train for Chicago and stay on it if he wanted Lisa back in one piece. If you don’t,- the man added, “she’ll be dead by morning.- Steele didn’t want Lisa hurt. So he had to take the train for Chicago. But when he emerged from his apartment lobby a truck sped by and someone inside began spraying a hail of lead around him … A hard-boiled mystery filled with suspense.