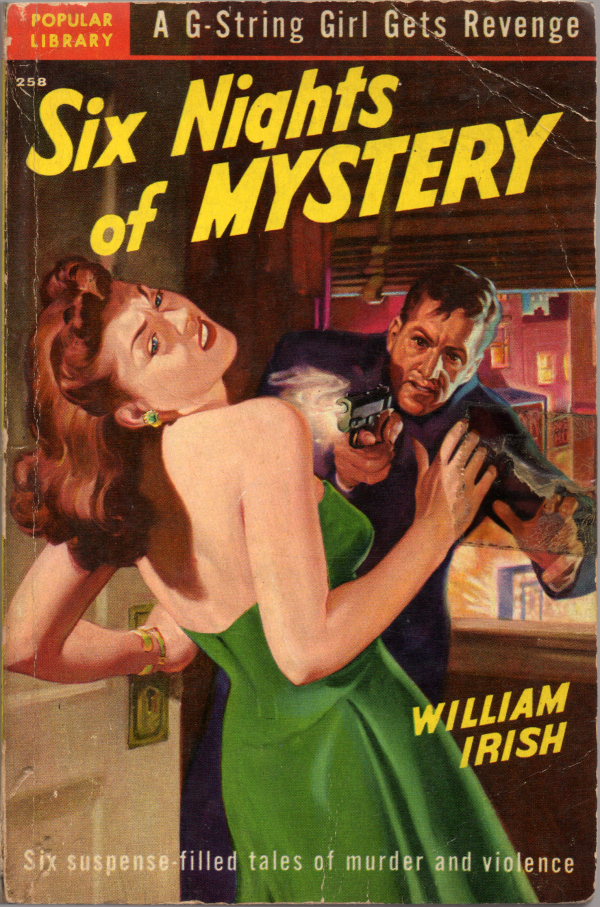 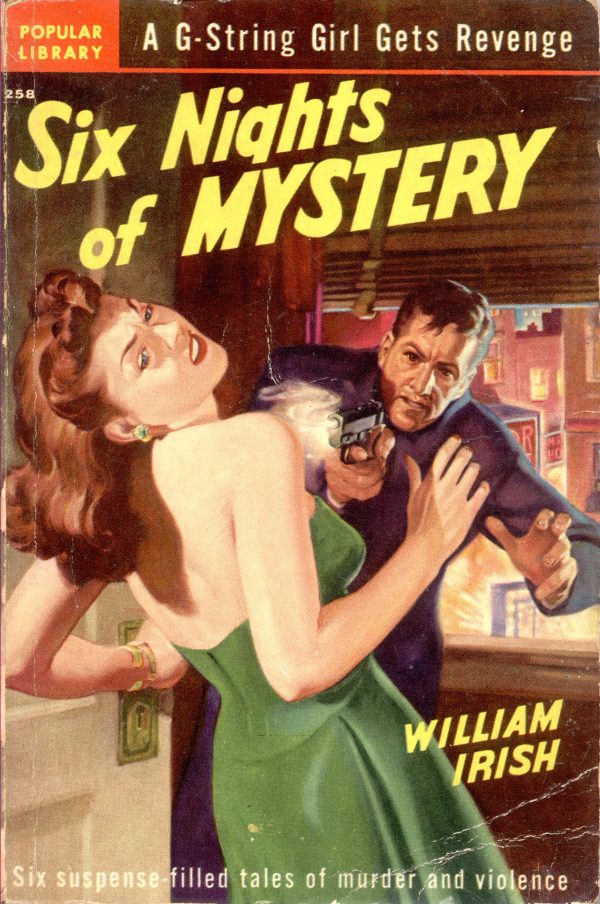 A G-String Girl Gets Revenge

“LAY OFF My Brother!”
Jerry Wheeler, a strip-tease girl who knew her way around, gave it to Ruby Rose Reading hot and heavy. Ruby was a tramp. She had ruined more than one guy. Now she had her hooks in Jerry’s brother, Chick, and Jerry was warning her to leave the kid alone. But Ruby just laughed and told Jerry to scram. There was no stopping Ruby—until one of her jealous ex-boyfriends choked the life out of her and left Chick to take the rap. Then Jerry found herself fighting to save Chick from the hot seat. And she did it by hunting the killer herself. She finally caught up with him only to have a tough break tip her hand. That’s the story of “One Night in New York,” only one of the six heart-stopping thrillers in this great volume.