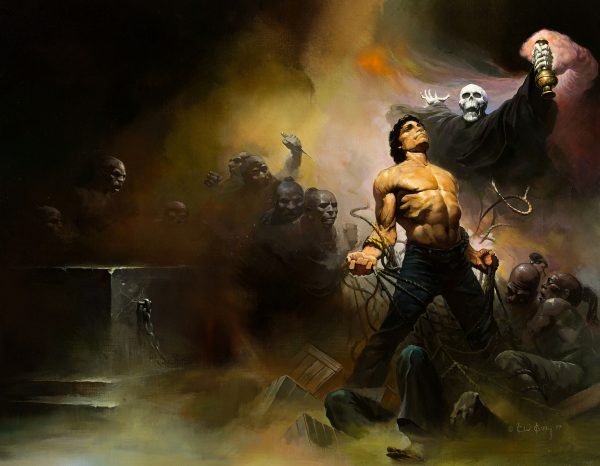 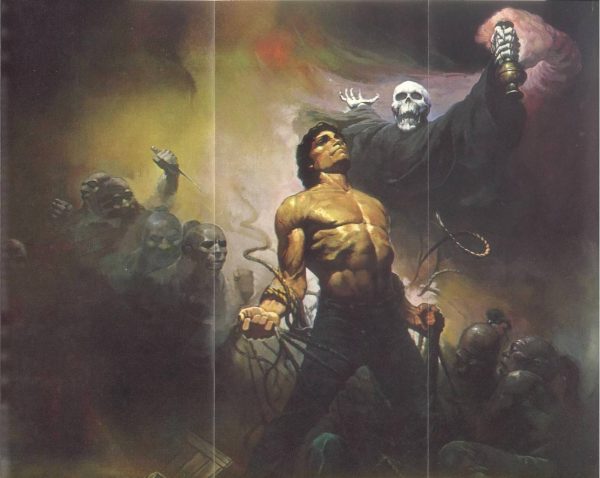 Skull-Face originally ran as a three-part serial in Weird Tales in 1929….

Robert E. Howard clearly took his inspiration from the Fu Manchu books, but went far beyond that model to create a villain that could eat old Fu for breakfast. The guy with the skull-like face is first believed to be some sort of Chinese crime lord, then an ancient Egyptian, and finally a master sorcerer who should have gone down with Atlantis. He’s a guy who would have made a fine nemesis for Conan.

This story is in the public domain, and the full text is available here. Of course, it is one of the most racist stories I have ever read, but there it is.